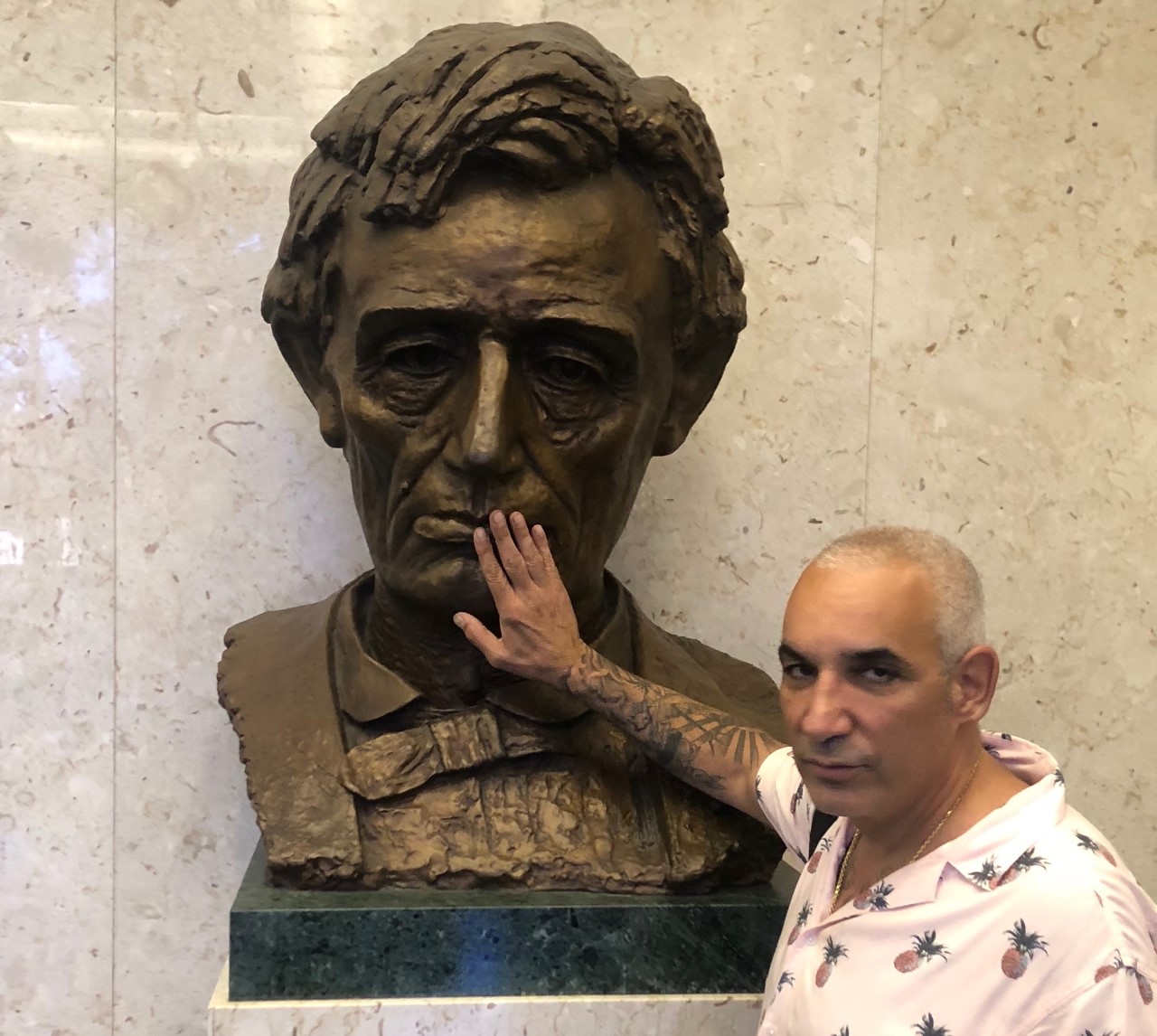 Alki David at the Mosk Courthouse in Los Angeles where he embarrassed the disgraced TV lawyer Lisa Bloom by beating her in court.

In a declaration to support a desperate Hail Mary on the part of disgraced TV attorney Lisa Bloom, Elizabeth Taylor v. Alki David jury foreman Sara Caplan slammed her fellow jurors for their judgement and intelligence. Caplan also trashed L.A. Superior Court Judge Jonathan Lui for his efforts to oversee a fair trial. The trial was declared a mistrial after jurors sided 8-4 in favor of David.

The trial was notable for many reasons, in fact Los Angeles Magazine called it “The Most Insane MeToo Trial Yet.” FilmOn CEO Alki David successfully represented himself against his accuser, former employee of 5 months, Elizabeth Taylor, though as a non-lawyer, had trouble at times following courtroom norms. Fact check: Judge Lui warned David many times and even fined him $10,000 in sanctions throughout the trial–so Caplan’s notion that the judge’s actions biased her fellow jurors doesn’t hold water.

After the trial jurors told reporters that Taylor’s testimony led them to feel she was not credible.

They also questioned the wild variables in her witnesses stories, such as fellow accuser and Bloom acolyte Chasity Jones’ inability to tell a coherent account of what she says she witnessed.

Caplan blames the mistrial on mentions throughout the trial that the Taylor case was linked to a coordinated set of cases being tried by Lisa Bloom and her mother Gloria Allred. Alki David and his attorney’s have presented evidence to show that the cases were all hatched after an attorney revealed a previous, sealed, settlement on David’s part, and that Bloom and Allred’s team pressured the accusers to recruit more clients for them and to use unethical tactics, such as documented offers of money and jobs, to recruit witnesses. Judge Lui declined to examine the links to other cases, without giving an opinion on the validity of the prospect.

Caplan fails to mention that Bloom introduced the facts of the previous sealed settlement to the jury during the trial, violating the law and the privacy of both parties to the agreement.

The mistrial was a spectacular loss for Bloom, who had run up millions of dollars in bills on the contingency case. And it added to her damaged reputation during a time when the books She Said and Catch and Kill showed she helped alleged serial rapist Harvey Weinstein harass his accusers and reporters covering him. That Bloom lost to a non-lawyer who showed up to court in a Ramones t-shirt, often smelling of marijuana, had made her a laughingstock in the legal community.

It’s unusual for a jury captain to publicly attack her fellow jurors. And in fact, Caplan showed she was biased against David from the start of the trial–frequently disrupting the proceedings. Juror’s are sworn to remain unbiased during trials, and it is the duty of a jury foreman to uphold that during deliberations.

Caplan’s attempt to help Bloom salvage her failed case has the unintended result of showing that David’s self-defense in court was successful. She points out that the jury she led “believed the case was a conspiracy perpetuated by trial counsel Lisa Bloom,” and that “The conspiracy theory idea was an important factor in these jurors’ final determination against Ms. Taylor.”

Though David acted as his own attorney during the trial. Attorneys Ellyn Garofalo and Amir Kaltgrad represented his companies, FilmOnTV, Hologram USA and Hologram USA Entertainment Inc.’’

During the trial, Garofolo showed that Taylor lied about appearing on stage with nude holograms without her knowledge, was on an elaborate cocktail of psychoactive drugs before and during her employment (managed by an unpaid, phone-in, quack in Florida), lied about her termination, and was aware of and contributed to the risque content being produced at the firm without complaint.

Garofalo said previously that she considered the mistrial a victory. She predicted the outcome would be the same if the case was retried, calling Taylor a “flawed plaintiff.”