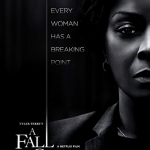 The poster for Tyler Perry’s Netflix mystery thriller, ‘A Fall from Grace.’ 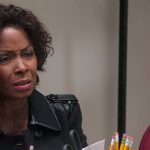 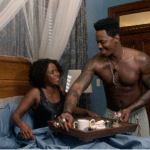 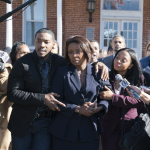 Fighting to prove their worth and value in a new venue is never an easy task. But that’s exactly what both powerhouse filmmaker, Tyler Perry and the title protagonist in his upcoming mystery thriller, ‘A Fall From Grace.’ The movie marks the first time that the writer-director-producer is premiering one of his projects on Netflix, which the streaming service will release on January 17.

In honor of the filmmaker distributing his new drama on Netflix, the platform has unveiled the trailer, as well as new images and the poster, for the thriller that feature the title character, who’s played by Crystal Fox. Grace is shown finally taking charge of her life, and battling back against the man who betrayed her.

In addition to Fox, the thriller also stars Phylicia Rashad, Bresha Webb, Mehcad Brooks, Cicely Tyson and Perry. ‘A Fall from Grace’ is a production of Tyler Perry Studios.

Netflix has released the following synopsis for ‘A Fall from Grace’:

Disheartened since her ex-husband’s affair, Grace Waters (Fox) feels restored by a new romance. But when secrets erode her short-lived joy, Grace’s vulnerable side turns violent.