During one of humanity’s darkest times, kindness lighted the way, which is showcased in the newly unveiled official trailer for the upcoming war drama, ‘Waiting for Anya.’ Vertical Entertainment, which will distribute the film in theaters, as well as On Demand and Digital on Friday, February 7, released the trailer for the feature today.

The movie version of ‘Waiting for Anya’ was adapted from the novel of the same name by Michael Morpurgo, the author of ‘War Horse.’ The upcoming film was written and directed by Ben Cookson, and stars Noah Schnapp, Anjelica Huston, Gilles Marini and Jean Reno.

Vertical Entertainment has unveiled the following synopsis for ‘Waiting for Anya’:

Jo Lalande (Schnapp), a thirteen-year-old shepherd boy, and reclusive widow Horcada (Huston), must work together with their village to protect its residents. They help smuggle Jewish children into Spain during the harrows of World War II. 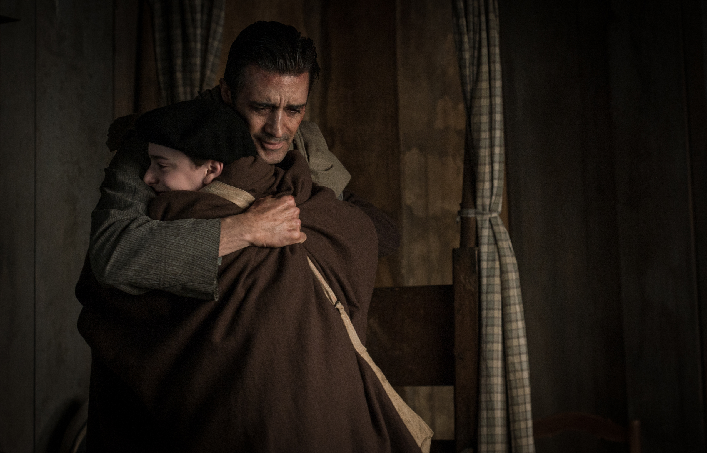