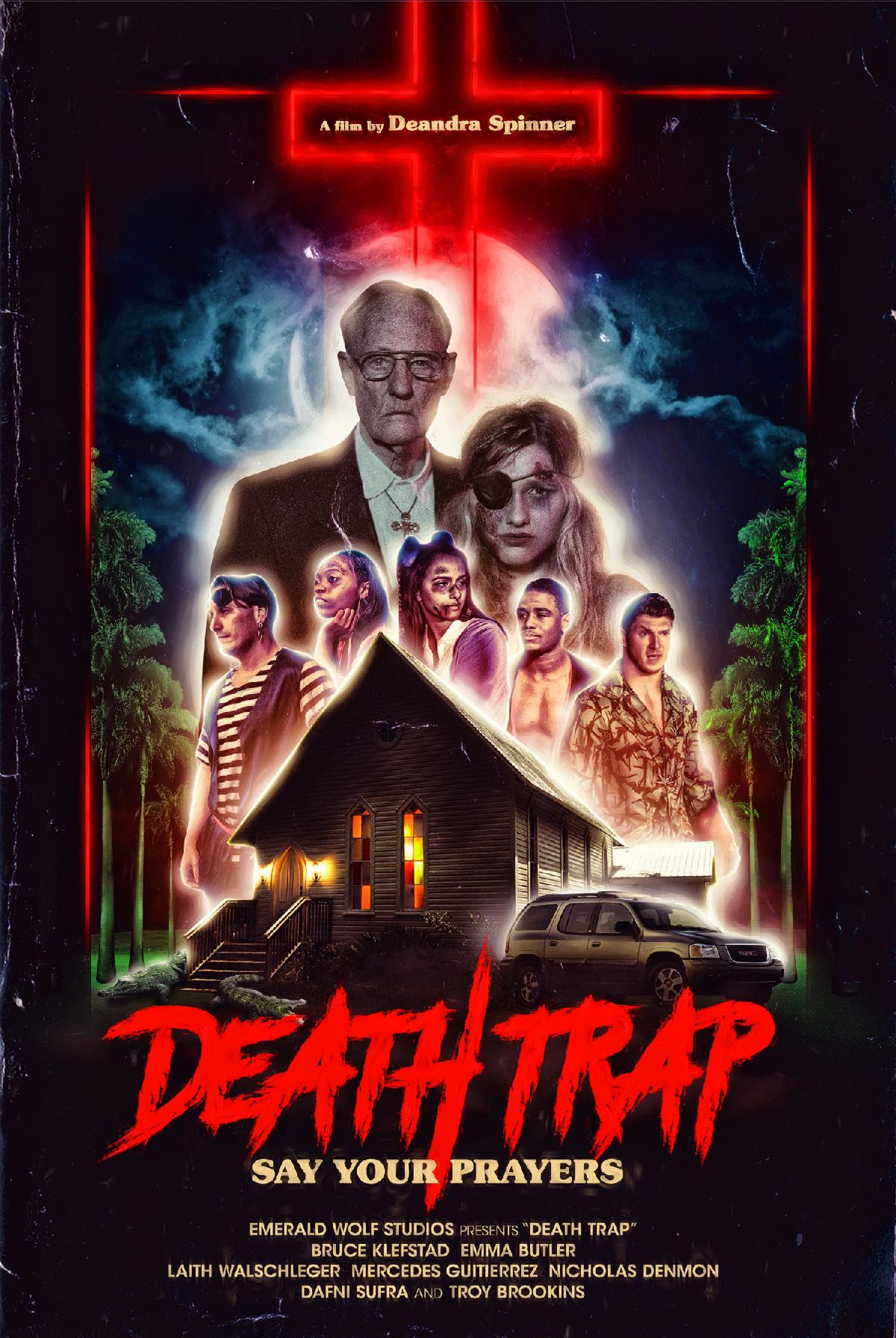 What was promised to be a night of fun instead turned into mischief for a group of friends on Halloween night. The debauchery the group experiences is highlighted in the newly released first official trailer and poster for the upcoming horror comedy, ‘Death Trap.’ The movie’s assets were unveiled by Emerald Wolf Studios.

Six friends enter what promises to be a night of mischief and debauchery on Halloween 1999. The night quickly turns sour when a deadly combination of Florida wildlife, inclement tropical weather and a youthful assumption of invincibility set the stage for an accident that leaves the group stranded in the dark interior of the night. When quick-tempered Jake (Wallschleger) disappears into the dark, Derek and Jamal (Denmon and Brookins) search for their furious friend, while the girls stay behind. Eventually, the girls’ patience wears thin and they set out to seek help on their own. They will all soon discover that alligators are not the only predators living in the Sunshine State.