The Butcher from Avail Entertainment LLC on Vimeo.

Filmmaker Michael Moutsatsos is descending into madness. His latest movie, ‘The Butcher,’ is now available for viewers to bring home to pair with their dinners. The horror drama is now playing on Vimeo On Demand and Amazon Prime, courtesy of Avail Films. The feature is also streaming on the newly launched Avail TV, which is available for free on Roku, Apple TV, Amazon Firestick and Avail Film’s official website. The movie’s On Demand release comes after its premiere on Christmas Eve.

Besides appearing as the title villain in ‘The Butcher,’ Moutsatsos also wrote, directed and produced the drama. In addition to the filmmaker, the movie also stars Maria Olsen and Noel Jason Scott.

‘The Butcher’ follows Moutsatsos’ character, Thaddeus Hyatt, who works as a chef, who has mad cow. But his secret to his business operation is that he kidnaps and kills foreigners, injects his blood into them and then feeds them to the customers in his restaurants. 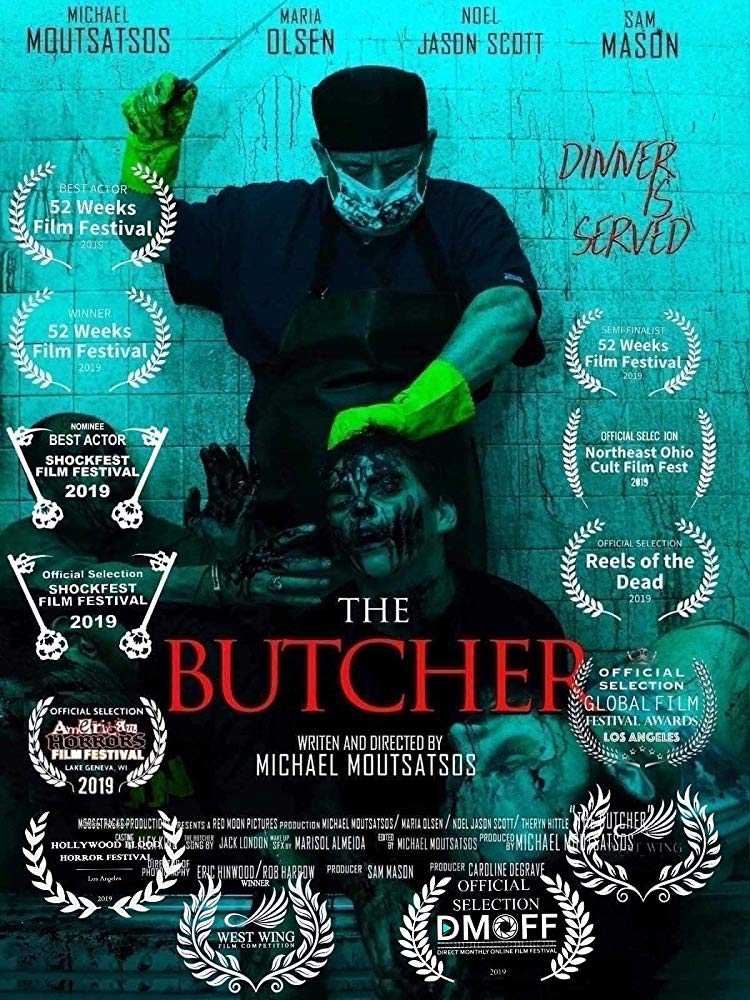