Dreaming is considered by many people to be the gateway into understanding humanity, and what motivates people’s emotions and actions. Actor Santino Fontana is powerfully exploring what propels people’s thoughts while they’re asleep, as well as the line between dreams and reality, in the new psychological thriller, ‘Impossible Monsters.’ In honor of the movie’s upcoming release, ShockYa is exclusively premiering the movie’s official poster.

‘Impossible Monsters‘ is set to have its theatrical release in New York at the Cinema Village theater, and in Los Angeles at the Laemmle Monica Film Center, on Friday, February 14. The drama will then be distributed on various Video On Demand platforms in North America, the UK and Australia, and worldwide on Vimeo, on March 3. Gravitas Ventures, a Red Arrow Studios company, acquired worldwide rights to the feature. Nick Royak of Gravitas Ventures negotiated the deal with Glen Reynolds of Circus Road Films on behalf of the filmmakers. 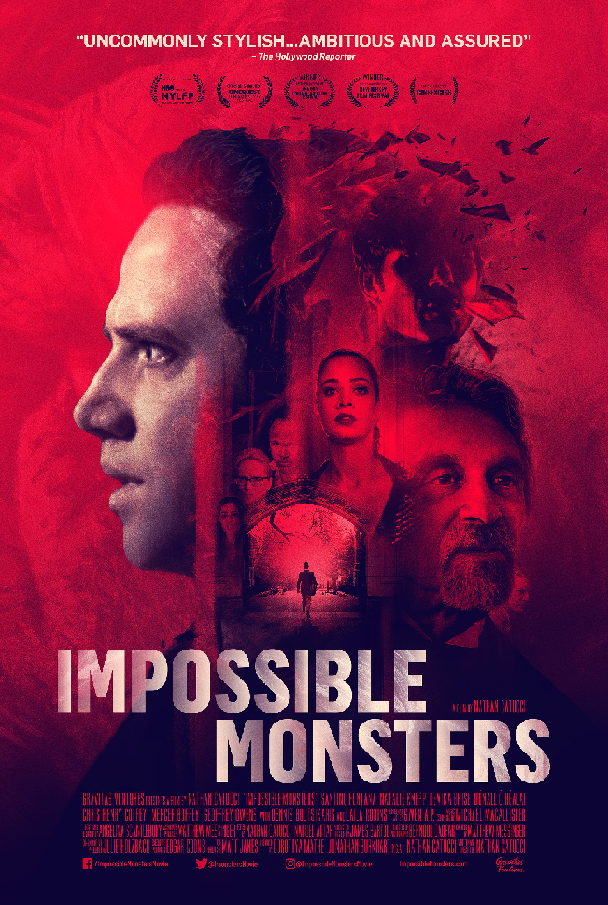