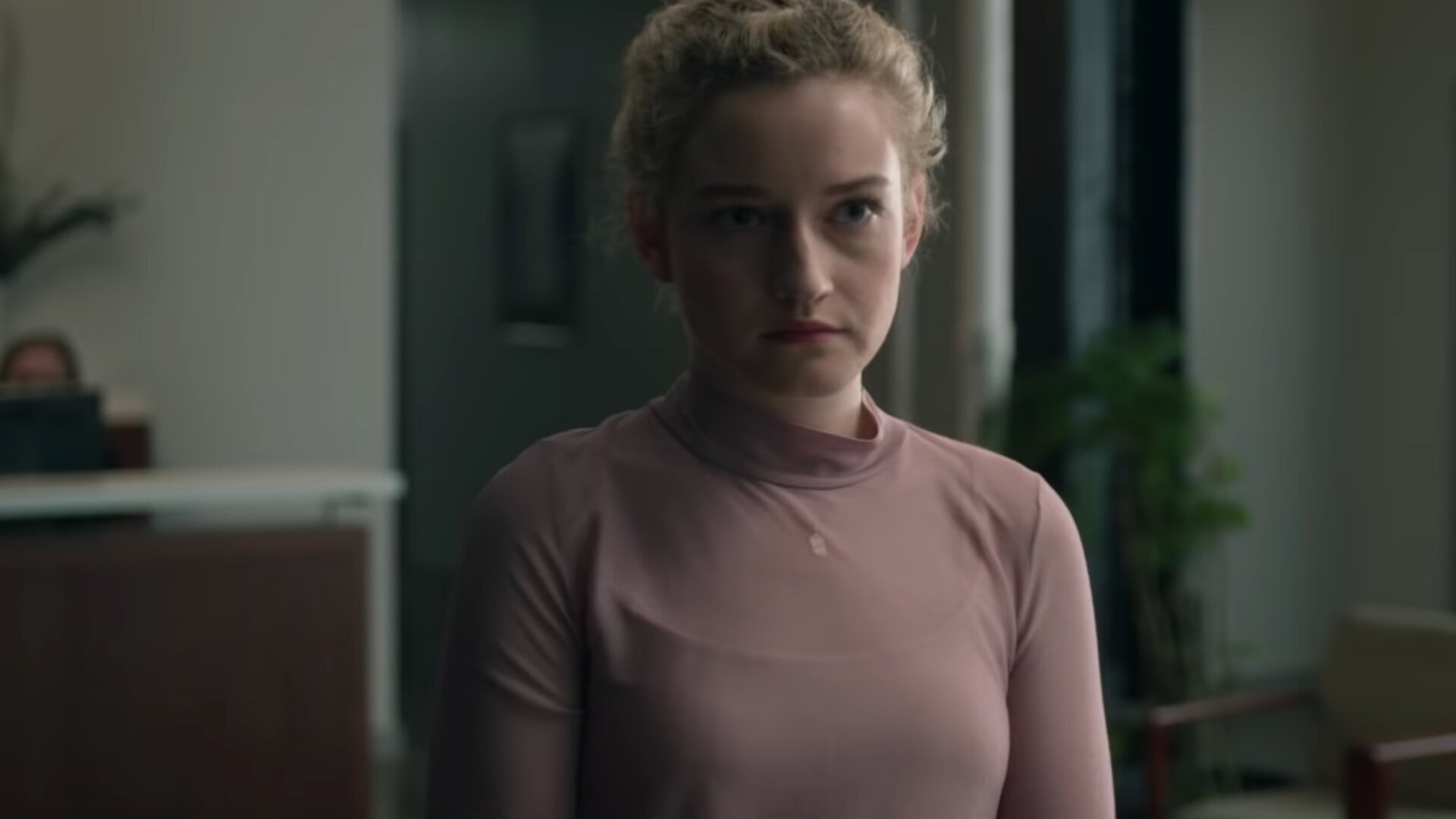 “Bombshell” this is not. If you like movies that deal with what you find in this year’s tabloids right up to exposés in the NYTimes, go with “Bombshell.” If on the other hand you prefer your ripped-from-the-headlines movies to shown in small indies, “The Assistant” with “The Assistant.” The title figure Jane (Julia Garner) is the kind of person that could graduate to be a whistleblower casting her net on the corruption in the Trump Government. As an assistant to a New York movie entertainment center where scripts are looked at and wanna-be actresses are vetted, Jane, who will try to expose the hanky-panky indulged by the boss, is clearly channeling Harvey Weinstein among the big fish who were caught cuddling with candidates for showy jobs. Weinstein represents the pinnacle of people brought down by victimizing women who need to come across sexually in order to get or keep jobs, with Bill O’Reilly of Fox News acting as a distant second in notoriety.

If “The Assistant” aims to root out corruption in an industry that, like politics, has high representation in our country, it succeeds in presenting a particular situation but does so bearing such a low-key profile that the film becomes an exercise in dullness. Kitty Green appears to want to take the glitz out of the sordid sexual motives of people who are the key to jobs in the industry by giving us a story that allows us to fill in the blanks. But movies are not TV nor are they stage plays. They are for the big screen and deserve more pizzazz than the writer-director evokes here.

Julia Garner does good work as an assistant who arrives to her downscale New York entertainment office as a woman who may believe in the Japanese proverb that the tall grass gets mowed first. Why, then, would she butt in to what she imagines is going on in the Mark Hotel—yes, or course we know what’s going on but there is no smoking gun—and attempt to file a complaint with Wilcock (Matthew Macfadyen), the human resources director of the firm? Is she aware that the complaint will go nowhere, since Human Resources will threaten her with the loss of her job if she goes through with the action? Maybe not.

Sienna (Kristin Forseth), one of the actress candidates, looks like jail bait. She is set up in the office with a bigger desk that the other low-level employees have, and does not know even that you can get an outside like by dialing 9. Yet she may be willing to go along with the sexual predation in store for her and may not want any whistle to be blown. The big boss is “away from his desk” most of the time, infuriating some Japanese execs who had an appointment with him. Nor can his wife (Stéphanye Dussud) reach him by phone no matter what time of day she tries. The male assistants (Noah Robbins and Jon Orsini) are woke enough to know what’s going on. They realize that Jane, having worked at her desk for a month, would probably be gone given that—as the Human Resources director states—that she is not the boss’ type.

Take this script to an off-Broadway stage like New York’s Manhattan Theatre Club. It is too minimalist to belong on the big screen.