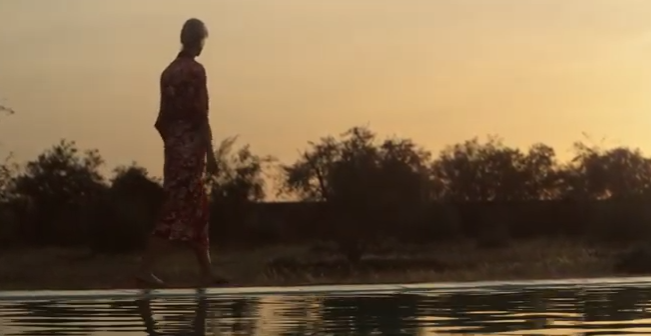 Actress Delfine Bafort appears in an exclusive clip from writer-director-producer Dimitri de Clercq’s psychological thriller, ‘You Go to My Head.’

Actress Delfine Bafort is trying to find who she truly is in the new mystery drama, ‘You Go to My Head.’ The exploration of her life’s purpose and journey will be brought to the screen when First Run Features distributes the film in theaters in New York City on Valentine’s Day, and then in Los Angeles on February 21. In honor of the movie’s release, ShockYa is premiering an exclusive clip from the feature, which is titled ‘Exploring Jake’s House.’

In ‘Exploring Jake’s House,’ Bafort’s character, Kitty, explores the clip’s title character’s remote desert home. She tries to find a clue to trigger her memory, as she’s suffering from post-traumatic amnesia, and he claims to be her husband.

The upcoming U.S. theatrical release of ‘You Go to My Head’ comes after its award-winning film festival run. The psychological thriller, which is a collaboration between France, Germany and Belgium, is in English, with some French, Flemish and Berber, and is subtitled in English.

‘You Go to My Head’ was directed and produced by Dimitri de Clercq, who also co-wrote the script with Pierre Bourdy & Rosemary Ricchio. In addition to Bafort, the drama also stars Svetozar Cvetkovi and Arend Pinoy.

First Run Features has unveiled the following synopsis for ‘You Go to My Head’:

In a desolate stretch of the Sahara, a mysterious car accident leaves a young woman (Bafort) lost and alone. Jake (Cvetkovi), a reclusive architect, finds her unconscious. He drives her to the nearest doctor, to discover that she’s suffering from post-traumatic amnesia. Intoxicated by the woman’s beauty, Jake claims to be her husband. He names her Kitty and takes her to his remote desert home to recuperate.

As Kitty struggles to come to grips with who she is, Jake invents an elaborate life they can share – the life he has always yearned for. Little by little, Kitty begins to fall in love with him. But when shreds of her past begin to surface, Jake takes steps to ensure he will not lose the love of his life.

The residence that Kitty explores in ‘Exploring Jake’s House’ is the architecturally significant Fobe House, which serves as the third main character in ‘You Go to My Head.’ de Clerq has described the internationally recognized home, which was designed by French architect Guilhem Eustache and is located 6 km from the center of Marrakech (Morocco), as playing a significant role in the movie. The Fobe House has been published in over 60 magazines around the world, including architecture, design, lifestyle and luxury magazines.

Title
ShockYa's Exclusive 'You Go to My Head' Clip
Description

ShockYa is premiering an cxclusive clip from writer-director-producer Dimitri de Clercq's psychological thriller, 'You Go to My Head.'