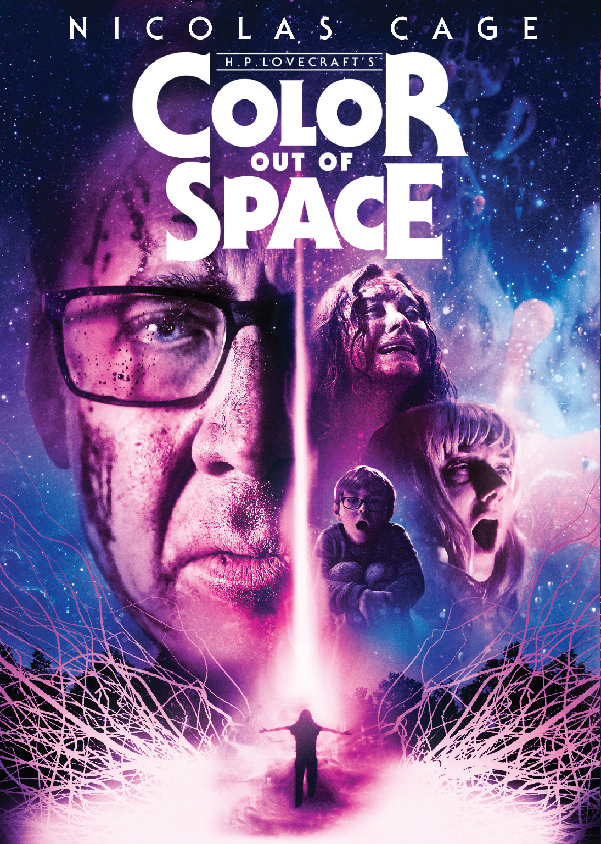 Few names elicit as much fanfare and appreciation in the modern sci-fi and horror realms as celebrated early 20th century writer, H. P. Lovecraft. The genre scribe’s daunting, frightening tales have garnered so much esteem over the past century that they have been adapted into films several times. But rarely has there been a faithful adaptation that truly captures the cosmic dread that he was known for creating in his stories. That’s set to change with the upcoming sci-fi-horror movie, ‘Color Out of Space,’ which is one of the rare perfect adaptations of Lovecraft’s work, as the intense drama remains accurate and faithful to its source material.

The movie’s official home distribution comes after it had its World Premiere at last fall’s Toronto International Film Festival, and was also an Official Selection at the H.P. Lovecraft Film Festival. After it’s film festival run, the drama was then released in theaters on January 24.

In honor of ‘Color Out of Space’s disc release, ShockYa is offering three lucky winners a DVD to watch the movie. To enter, email us at ShockyaGiveaway@aol.com. Let us know that you’re entering to win ‘Color Out of Space’s DVD giveaway in the email’s subject line, as well as your mailing address in the message. You have until this Tuesday, February 25, the day of the feature’s disc release, to enter, and you can enter the contest once daily. On February 25, we’ll pick the winners at random, and notify them through email. Good luck!

‘Color Out of Space’ was directed by genre veteran, Richard Stanley, who also co-wrote the script with Scarlett Amaris. The film is based on Lovecraft short story, ‘The Colour Out of Space.’

‘Color Out of Space’ follows Nathan Gardner (Nicolas Cage), his wife, Theresa (Joely Richardson), and their three children, Lavinia, Benny and Jack (Madeleine Arthur, Brenden Meyer and Julian Hilliard), as they try to adjust to their recent retreat to rural life. But their existence quickly crumbles when a meteorite crashes into their front yard. The mysterious meteorite seems to melt into the earth, which infects both the land and the properties of space-time.

Mutant forms of technicolor flora then start sprouting, while local animals begin to display bizarre deformities. Soon, the Gardners realize that they too are susceptible to the extraterrestrial pathogen, and must escape the contagious cloud that has consumed their farm. With the help of a friendly hydrologist, Ward Phillips (Elliot Knight), and eccentric neighbor, Ezra (Tommy Chong), the family attempts to battle an ambiguous entity that they can barely begin to understand.