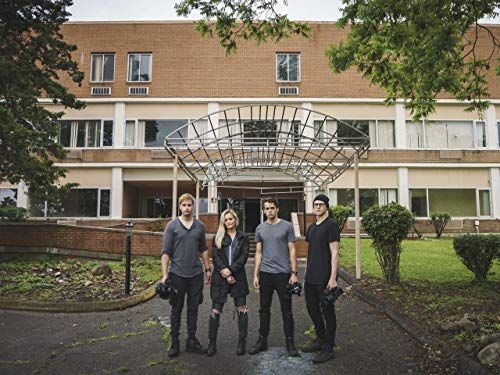 Hospitals are meant to serve as beacons of hope for patients and their families, as their doctors and nurses help them on their roads to recovery. Unfortunately, they also hold the spirits of the deceased, who are unable-or unwilling-to cross over to the afterlife.

That inability and unwillingness of the spirits of the deceased patients to move on is presented on the horror reality television show, ‘Destination Fear.’ The paranormal series features ‘Ghost Adventures‘ alum and ghost hunter, Dakota Laden, as well as his sister, Chelsea Laden, and his childhood best friend, Tanner Wiseman.

‘Destination Fear,’ which originally debuted in the U.S. on the Travel Channel last fall, is now also airing on the Really TV channel on Filmon TV. The next episode, which is titled ‘Old South Pittsburg Hospital,’ will be streamed tonight at 4-5pm local time. It can be watched live, or recorded and watched at a later time.

‘Old South Pittsburg Hospital,’ which was originally broadcast on November 2 on the Travel Channel, is set in a notoriously haunted hospital in the title city of South Pittsburg, Tennessee. During the episode, the team pushes itself to the edge of sanity as they explore the city’s hospital. Dakota must prepare Chelsea for a confrontation with a specter on the third floor that is said to attack only women.