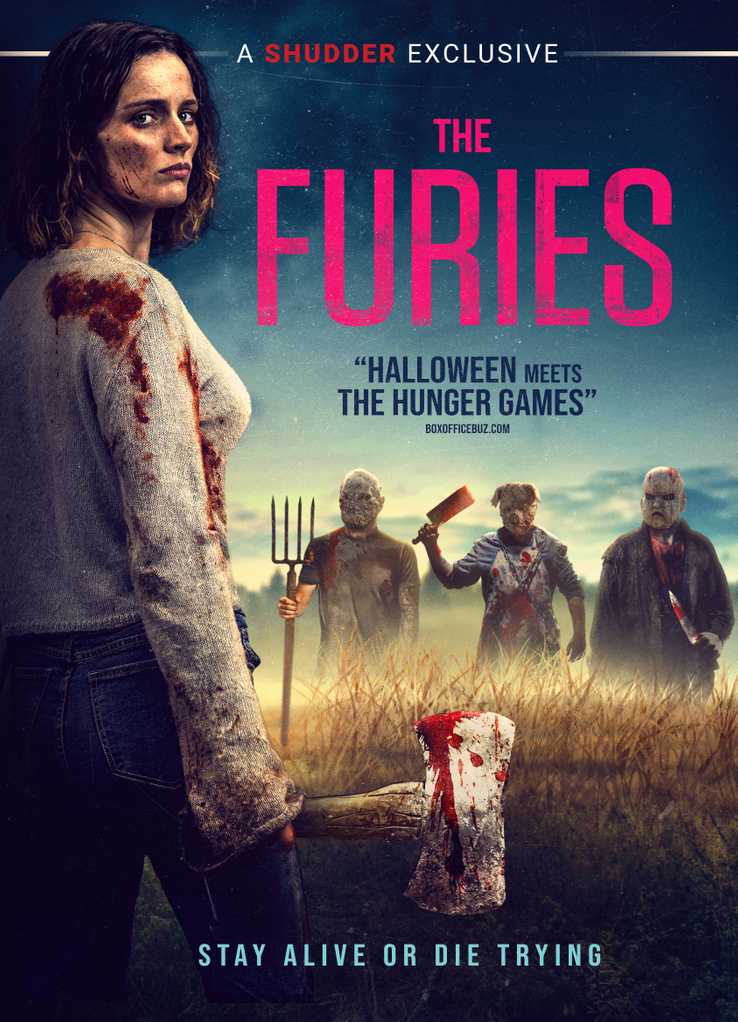 Actress Airlie Dodds is doing whatever it takes to survive in the upcoming supernatural horror movie, ‘The Furies.’ The action thriller is set to be distributed on VOD, Digital HD, DVD (for $27.97) and Blu-ray (for $15.95) on March 3 by RLJE Films, which picked up select rights to the feature from Shudder.

In honor of ‘The Furies’ home release, ShockYa is offering three lucky winners a DVD of the drama. To enter, email us at ShockyaGiveaway@aol.com. Let us know that you’re entering to win the ‘The Furies’ DVD giveaway in the email’s subject line, and include your mailing address in the message. You have until this Tuesday, March 3, the day of the movie’s release, to enter, and you can enter the contest once daily. On March 3, we’ll pick the winners at random, and notify them through email. Good luck!

‘The Furies’ was written and directed by Tony D’Aquino (‘Alpha Male’). In addition to Dodds, it also stars Linda Ngo (‘Top of the Lake’), Taylor Ferguson (‘Glitch’), Ebony Vagulans (‘My Life Is Murder’), Danielle Horvat (‘House Husbands’) and Tom O’Sullivan (‘A Man on the Edge’).

RLJE Films has released the following synopsis for ‘The Furies’:

When Kayla (Dodds) wakes up in a coffin-like box in the middle of the woods, the first thing she sees is a terrifying masked man with an axe running straight for her. As she runs to try to get away, she realizes she is part of an insane and deadly game. There are six other women running scared in the woods, each with a masked assassin assigned to protect them and kill everyone else. Kayla races to save herself and as many women as she can, but when they start to turn on each other, her killer instinct is unleashed as she does whatever it takes to survive.