Robert Bronzi’s using his skills save the family he works for in the first official images from his upcoming action movie, ‘The Gardener.’ The photos were released as filming wrapped on the thriller in England.

‘The Gardener’ follows Peter Juhasz (Bronzi), an immigrant working a quiet life as a gardener at an English manor house. He must resort to old skills to save the family he works for from home invaders, who are ledy by Volker (Daniels).

For more information on ‘The Gardener,’ visit the movie’s Facebook page. 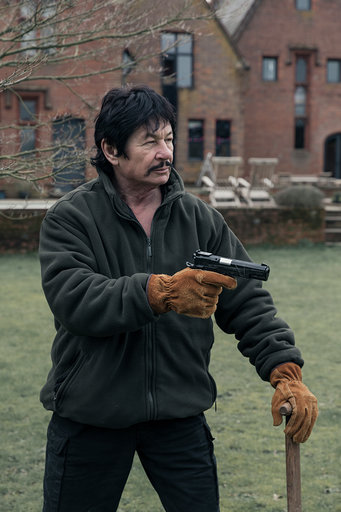