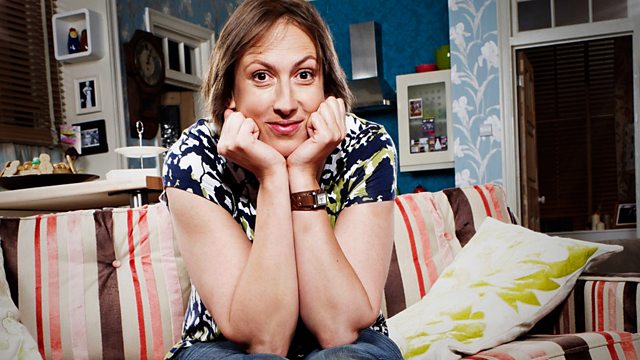 Writer-actress Miranda Hart stars on the BBC One sitcom, ‘Miranda.’

It doesn’t matter what Miranda attempts in life, whether it’s dating or finding success in her career, she always seems to fall flat, both literally and figuratively. The British television sitcom, ‘Miranda,’ chronicles the difficulties that the socially inept title character regularly gets herself into, as she requently finds herself in awkward situations.

‘Miranda’ is currently being broadcast on BBC One’s channel on Filmon TV. (Note that the BBC One channel is only available to viewers in the UK). The second episode of Series 3 is set to stream on Filmon this afternoon at 4-4:30pm local time. It can be watched live, or recorded and watched at a later time. In today’s episode, Penny (Patricia Hodge) embarrasses Miranda (Hart) by running for local councillor with Tilly (Sally Phillips) as her wingman. Gary (Tom Ellis) and Miranda each look for a date for Stevie’s (Sarah Hadland) birthday party.