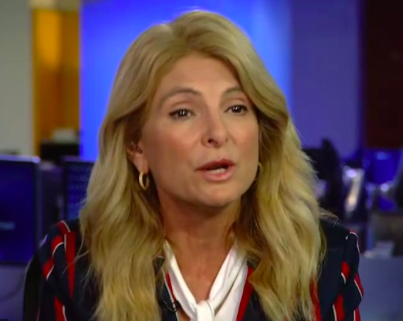 For Lisa Bloom, the flow of sexual harassment cases driven by her celebrity grandstanding on TV had dried up thanks to her association with convicted serial rapist Harvey Weinstein. She even torpedoed her own “MeToo” client’s potential retrial by filing motions that put the case on ice indefinitely. So it’s natural she would try to pivot in an effort to keep supporting her high flying lifestyle by exploiting the current COVID-19 pandemic. The fact that she released the news on the day Coronavirus deaths in the United States peaked is just another sign of her lack of common sense and humanity.

“Ambulance chasing at its finest,” said an ex-employee of the Bloom Firm. “Exactly her M.O.”

Bloom released a promo video to recruit more clients who say they’ve been fired because of COVID-19 related issues, and announced her first case, a receptionist at a medical center. These workers deserve to be protected, but as usual for Bloom, she’s making it more about herself than the people she claims to be trying to help.

Bloom was recently trashed again by Kathy Griffin, who was the victim of getting “Lisa Bloom-ed” after her Donald Trump photo controversy. Griffin has called Bloom a “Fame Whore.”

Her move last month to torch her own case of Elizabeth Taylor against a major tech mogul, was clearly about saving face. It was meant to be a retrial of the mistrial that took place in September 2019–in which the defendant actually represented himself, uncovering numerous provable lies by Taylor and her witnesses, and ultimately the jury believed the defendant that Bloom and her mother Gloria Allred had created a web of linked complaints and fixed witnesses (according to the jury foreman Sara Caplan).

“Lisa knows she lost this one, and can’t take the shame of having been beaten by a non-lawyer,” said a prominent L.A. attorney who has followed the case. “She’s making up new things to file to try to bury it rather than admit Taylor’s complaint was D.O.A.”

During the trial, Bloom deliberately jumped in front of the defendant during sidebar conversations with the judge, in an effort to create physical contact she would then scream about.

“It was embarrassing,” said a reporter who covered the trial. “Shameless. That’s her.”