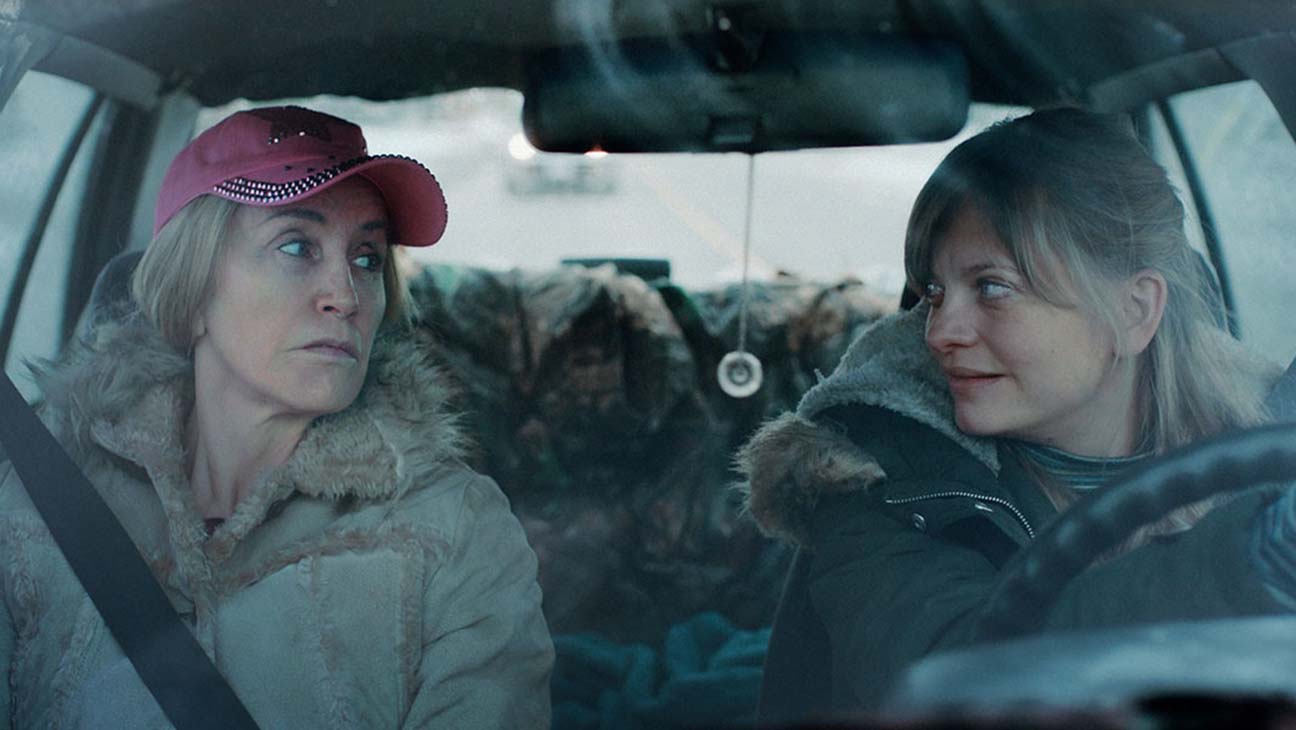 Sometimes when a little kid cries apparently for no reason, her mother will say, “You ought to be an actress—you cry so easily.” In a story written by Joanne Sarazen in her freshman feature and directed by Amy Jo Johnson, also her first full length narrative film, “Tammy’s Always Dying” finds a the title character’s only daughter Catherine (Anastasia Phillips) able to cry in front of a TV audience so successfully that she receives a new Toyota Camry. For many of us, anything below a Mercedes of a Beamer would be considered chump change, but to Catherine it’s a bigger prize than she had ever seen. Not that her mother Tammy (Felicity Huffman) is better off. Both mother and daughter are sad sacks, losers, the kinds of people who, if American not Canadian, might vote for Trump not realizing that nobody, not even a slick-talking pseudo-populist, could help such deadbeats.

From beginning to end, Tammy and Catherine MacDonald (strangely, in real life mother and daughter are only ten years apart) we can predict that the two are going nowhere in life, having missed any opportunity at the right time to advance a career or even consider such an unusual thing to strive for.

So we’re left with wondering: is there anything about these two women to make us care about them? Do we know anything about why mom is depressed to the point of regularly considering jumping from a bridge, or daughter so easily manipulated by her mother that she has little pleasurable to think about save a quicky against the wall with married Reggie (Aaron Ashmore)? At least she has one person who shows he cares about her, her gay boss in a seedy bar, Doug (Clark Johnson) who treats her occasionally to dinner and doesn’t mind when she sleeps past her alarm and shows up late.

We know nothing about them. No backstory to give clues to why chain-smoking Tammy is always depressed, why she confesses to Catherine that she always loved her but could never show it, and how Catherine winds up like the rotten apple that does not fall far from the tree.

When Dr. Miller (Ayesha Mansur Gonzalves), a poised, confident woman who is the exact opposite of the two women, diagnoses Tammy with Stage 4 cancer, Catherine moves in with her. Yet the younger woman nonetheless on why day shouts “Why don’t you die, already?” (Here’s a gesture that should make us in the audience cheer.) With that in mind, she asks to be a guest on a TV show featuring women who cry about their tragic lives, wins a place and is coached by its producer Ilana (Lauren Holly). She invents a tale that her mother had committed suicide, a death wish that could apply to Catherine as well as to Tammy.

From the opening scene, this movie looks like little more than a vanity format for Felicity Huffman, perhaps able to scrounge up an audience based on her recent conviction of trying to buy her daughter a place as a freshman in USC. Otherwise the two people who must carry the film are so empty, so irritating, that the project is difficult to sit through.