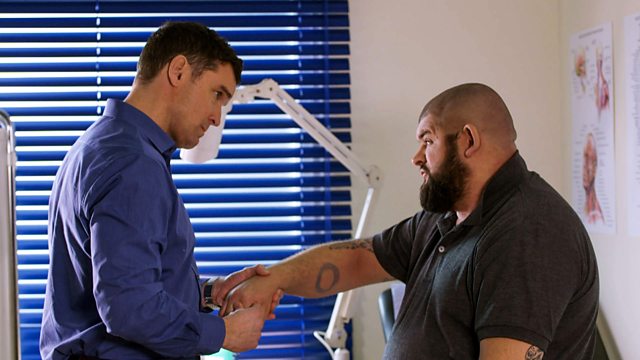 The critically acclaimed show, which has won British Soap Awards, is currently airing its 21st series on BBC One, and is also being broadcast on the network’s channel on Filmon TV. (Note that the BBC One channel is only available for free to viewers in the UK, and international users who have a paid subscription.). The latest episode to air on Filmon can be streamed this morning at 8:45-9:15am local time. It can be watched live, or recorded and watched at a later time.

Episode 116 of Series 21 of ‘Doctors,’ which is titled ‘Protected,’ was written by Amy Guyler, and directed by Richard Signy. It follows Ruhma (Bharti Patel) as she’s pleased to have Zara’s (Elisabeth Dermot Walsh) support at her review hearing. But there’s still the question of whether she’ll be allowed to go back to work. Meanwhile, Daniel (Matthew Chambers) is concerned when he realizes a prisoner is causing trouble so he can stay in prison and help someone out.

Cancel reply
Watch Colin Firth Give The King’s Speech in BBC One Broadcast
May the 4th: Watch Star Wars Theme Played on Invisible Instrument
To Top