Pressure is mounting for actress Nina Hoss, as she begins forgoing her personal life to instead focus all of her attention on one her students in the upcoming drama, ‘The Audition.’ The events in the performer’s character’s life will take a tragic turn when the film is distributed in Virtual Cinemas nationwide on Friday, June 26 by Strand Releasing.

‘The Audition’ was directed by Ina Weisse, who also co-wrote the script with Daphne Charizani. In addition to Hoss, the movie also stars Simon Abkarian. It’s official distribution comes after it was an official selection at the San Sebastian Film Festival, where Hoss was honored with the Best Actress Silver Shell award. The feature also played at the Toronto International Film Festival.

The following synopsis for ‘The Audition,’ which is in German and French with English subtitles, has been unveiled by Strand Releasing:

Anna Bronsky is a violin teacher at a music-focused high school. Despite the opposition of all other teachers, Anna drives through the admission of a student, Alexander, in whom she detects a remarkable talent. Committed, she prepares him for the intermediate exam and neglects her family – her son Jonas, whom she brings into competition with her new student, and her husband Philippe. Her colleague Christian, with whom she has an affair, persuades her to join a quintet. When she fails during their joint concert, the pressure mounts and she focuses all her attention on her student Alexander. Come the day of the exam, events take a tragic turn.

For more information on ‘The Audition,’ visit the drama’s official website. 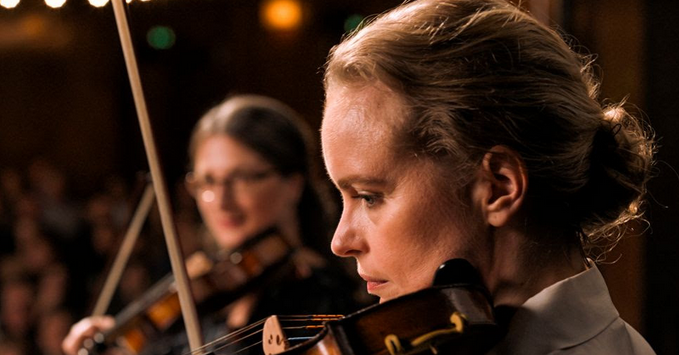