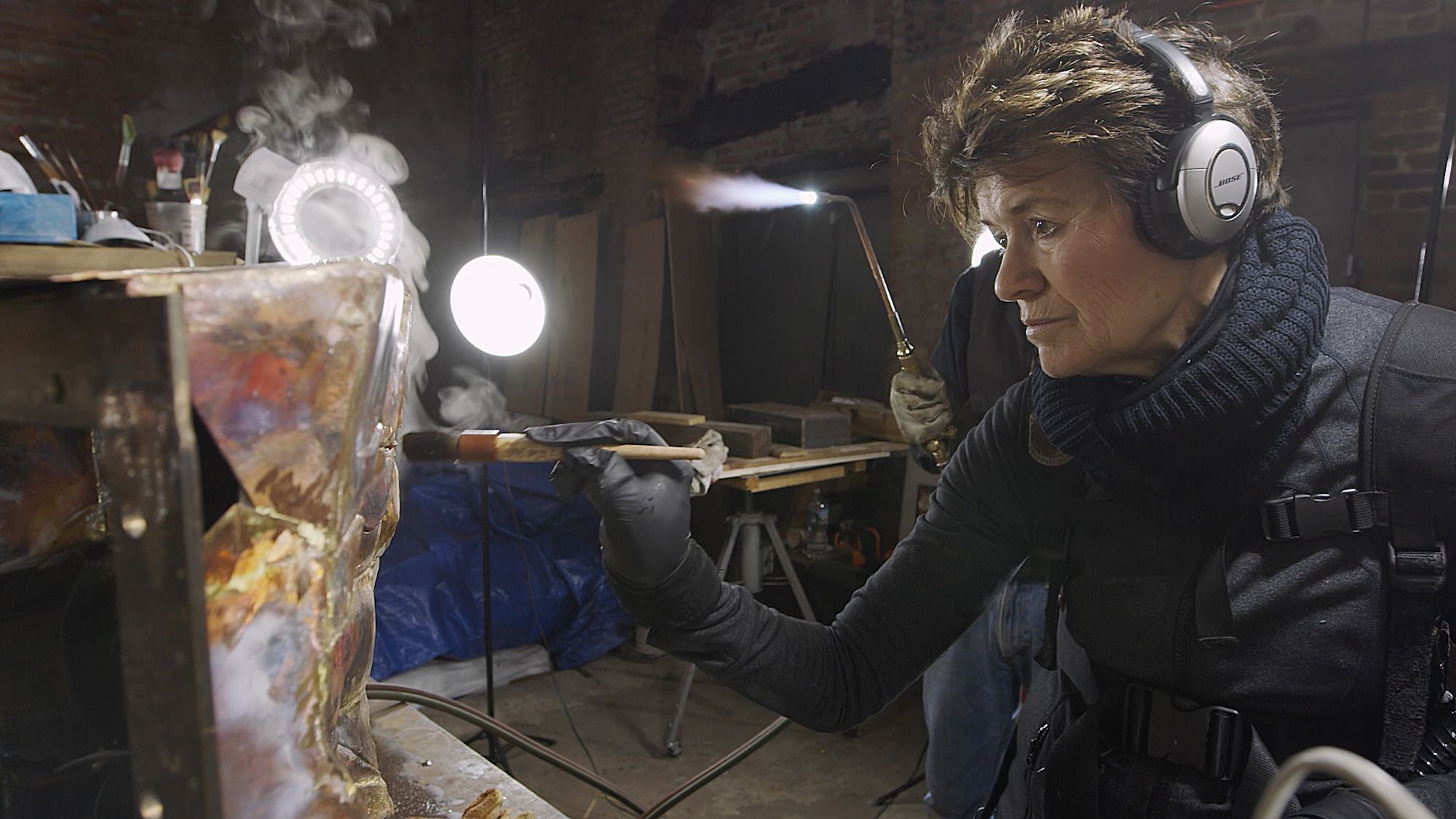 The intimate biopic of one of the few women in the world working in monumental sculpture, ‘Ursula von Rydingsvard: Into Her Own,’ is set to open at add Film Forum in New York City this Friday, May 29, as well as in virtual theaters in major cities nationwide on Friday, June 5 by Icarus Films. The full city list of theatrical openings, which also includes Los Angeles, San Francisco, Chicago, Detroit and Philadelphia, can be viewed on the distributor’s official website.

‘Ursula von Rydingsvard: Into Her Own’ is an artistic biography of the title sculptor. Her work has been featured in the Venice Biennale, and is held in the collections of some of the world’s great museums, including New York’s Museum of Modern Art, the Art Institute of Chicago and the San Francisco Museum of Modern Art. But she may be best-known for her staggering, triumphant body of work in public spaces, which are painstakingly crafted with complex surfaces.

In the documentary, which was directed by Daniel Traub, viewers are brought behind the scenes of von Rydingsvard’s work, as she produces new work, including challenging commissions in copper and bronze. The movie also delves into the artist’s personal life, and how it has shaped her work.

Interviews with curators, patrons, family and fellow artists, including artist Sarah Sze and museum director Adam Weinberg, as well as the artist herself, are intertwined with studio visits and behind-the-scenes footage of von Rydingsvard’s mammoth creations being installed. The footage is combined to show how, through sheer talent and determination, she has become one of the world’s greatest artists.

For more information on ‘Ursula von Rydingsvard: Into Her Own,’ visit the biographical documentary’s official website.

Aggregate Rating
no rating based on 0 votes
Brand Name
Icarus Films
Product Name
'Ursula von Rydingsvard: Into Her Own'