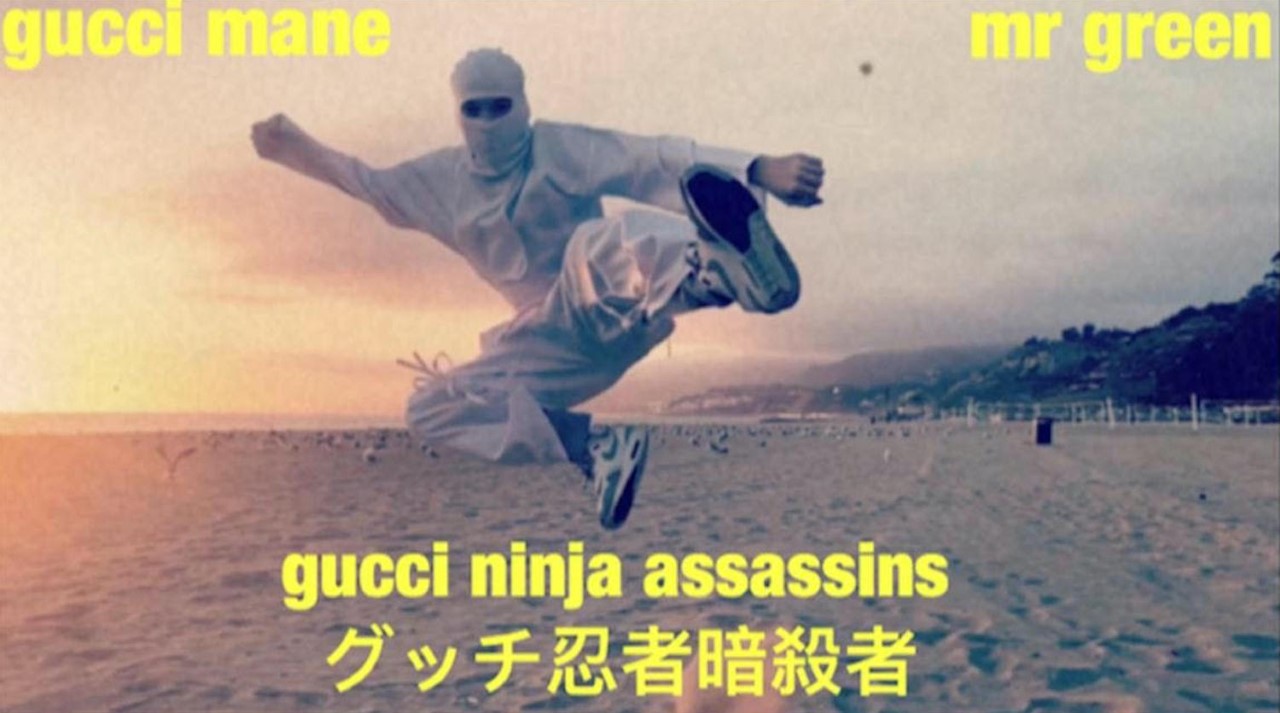 It’s that time again. Cities are heating up and certain songs are starting to spread like viruses (too make a really awful, insensitive comparison). Last year at this time Lil Nas X’s Old Town Road already had already been coronated the Song of The Summer, and also Hall-of-famed, and fuck it, even sainted. It just stands that a TikTok-friendly joint, with strictly for fun vibes, will be the 2020 winner. And Gucci Ninja Assassins by Mr. Green and Gucci Mane fits the bill.

Gucci Ninja Assassins comes at us from Mr. Green and Gucci Mane. Green last weighed in with full length album collaborations with legends DJ Kool Herc and Lee Scratch Perry. He was also early to the studio with Westside Gunn. This track starts with haunting piano as Gucci warms up, but pretty soon it’s got you dancing. “Go Ninja! Go Ninja! Go!” Underground Hip Hop Blog had it right when they said, “Never in a million years would we have expected a mesh like this, but it sounds fresh. Gucci Mane rhyming over L.A. based producer Mr. Green’s style of hard hitting boom bap beats.”

Some would put their money on Doja Cat and Lil Uzi Vert….or even Lady Gaga. But take a listen and I think you’ll find yourself wanting to be a Gucci Ninja Assassin yourself. Green’s collab with Perry hit the top ten of the iTunes reggae chart and the top 100 of the Billboard reggae chart. Hypebeast called it the Upsetter’s “most intimate album ever”.

Green has teased a video to be released in June featuring some comical, super-corny, Ninja movie outtakes from the 80’s. It’s a bit like a suburban fantasy of a Wu Tang mindset. Nothing wrong with a little fun in COVID times—and there still needs to be a Song of the Summer. Listen to Gucci Ninja Assassins on Spotify.

Cancel reply
George A. Romero’s Sense of Horror-comedy is Being Resurrected with Creepshow Season 1 DVD Giveaway
Indie Musician Yuki Releases Debut Album Be Free on All Digital and Streaming Platforms
To Top