George A. Romero’s Sense of Horror-comedy is Being Resurrected with Creepshow Season 1 DVD Giveaway

A classic horror television show is being resurrected on home release this spring. The revival of the iconic fantasy series, ‘Creepshow,’ is being brought back to life on Blu-ray and DVD next Tuesday, June 2.

RLJE Films is unveiling the six-episode first season of the genre show’s revival, which premiered last fall on Shudder, on home video for an SRP of $34.98. The special features on The Blu-ray and DVD include over three hours of cast and crew interviews; behind-the-scenes footage; a ‘Creepshow’ Season 1 Easter eggs featurette; audio commentaries with the cast and crew for each of the six episodes; episode and comic art photo galleries; and a 24-page comic art booklet.

In honor of ‘Creepshow’ Season 1’s home release, ShockYa is offering two lucky winners a DVD of the fantasy show. To enter, email us at ShockyaGiveaway@aol.com. Let us know that you’re entering to win the ‘Creepshow’ Season 1 DVD giveaway in the email’s subject line, and include your mailing address in the message. You have until next Tuesday, June 2, the day of the horror-comedy’s home release, to enter, and you can enter the contest once daily. On June 2, we’ll pick the winners at random, and notify them through email. Good luck!

The new anthology show is based on George A. Romero’s classic 1982 horror comedy movie of the shame name. The ‘Creepshow’ television series features twelve vignettes over the course of six episodes, which explore terrors that range from murder to the supernatural. Haunted dollhouses, werewolves, murderous goblins, villainous trick-or-treaters, the dead and medical marvels are just a few of the things that are plaguing audiences on the show. 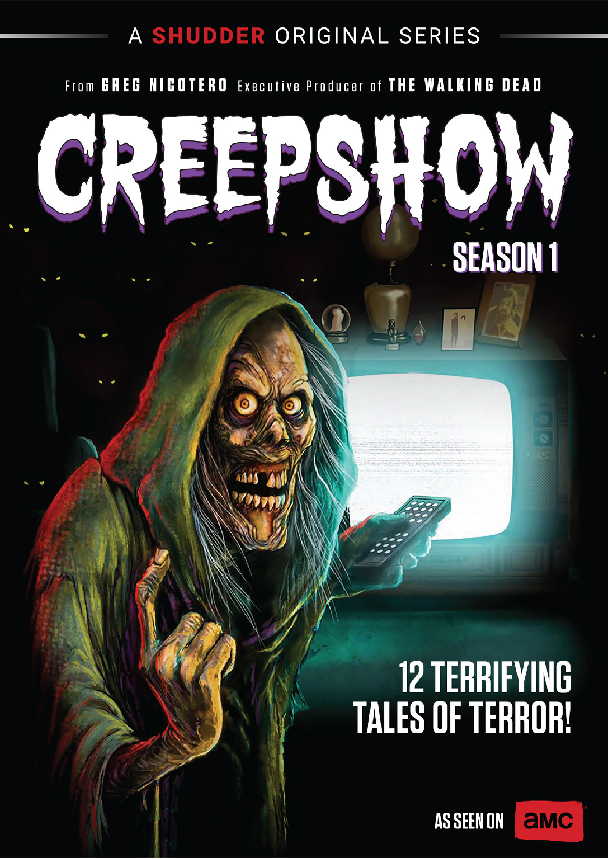