The Greek billionaire went on the top Cannabis podcasts to talk about buying naming rights for his CBD brand Swissx, his plant medicine clinic and resort in Antigua, and his adventures with the Toad 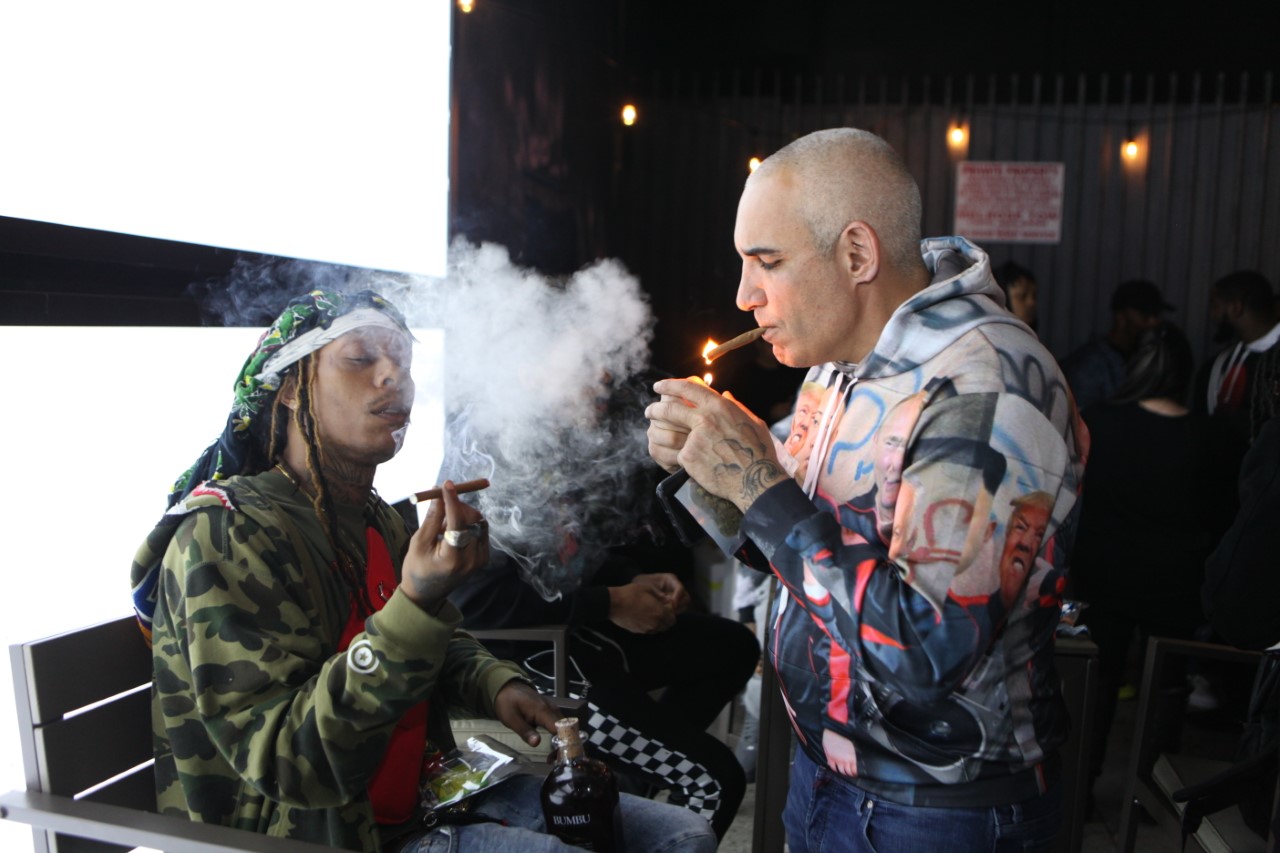 It’s only been six months since Alki David was last on The Adam Dunn Show, one of the oldest and most respected cannabis podcasts. But already so much has happened. Adam opened the segment by reminding listeners about the Swissx CEO’s last visit, when he had just been arrested in St. Kitts for flying a jet in with 5000 hemp plant clones, a million dollars in seed, a Doberman, actor Jonathan Rhys Meyers and a baby. (Listen to the full episode here.)

The point of that trip, Alki pointed out, was to launch a cooperative farming venture with local Rastafarian planters—a project that would provide them a means to make a good living with fair pay and control over their livelihood. The project even had the backing of a form St. Kitts and Nevis prime minister. In any case Alki gave a status update: The constitutional amendment he has backed is making progress in the government there, and with legalization will come the elimination of charges against him.

But onward: Adam next brought up the controversial move to buy the naming rights for FC Barcelona’s legendary stadium Camp Nou, the biggest in the world. Alki had moved to buy the rights for Swissx the day it was announced they’d be available for the first time in the stadium’s history. But soon enough Barca backed out, presumably as people started to refer to Swissx as a cannabis company, triggering an out-of-date taboo. (Alki calls Swissx a health and wellness company, and it’s main product is non-THC CBD oils and pre-folls).

Swissx then entered into conversations with Premiere League team Everton about putting the Swissx logo on the their shirts. Once again, as soon as the press broke the news of the negotiation, Everton got nervous.

“I can do isolation standing on my head,” said Alki. “I live by the ocean and I’m seeing emissions roll back by decades in real time. Every year we should shut the world down for a month.”

“The healing factor of all this is pretty huge,” said Adam.

The conversation turned to Alki’s Caribbean projects as he expands from St. Kitts to Antigua.

“I’ve learned so much about cultural exclusion from a time of colonialism and the law as it exists today in these island nations. The majority of the population in these countries will go to jail at some point in their life for cannabis violations– based on draconian laws from British times,” he said. “But I think we’ve broken through. Antigua is about to pass the drug act. Listen, everyone is getting high. But 30% of the population is fundamentalist Christian and they are pretending everything and they’re fearful of change.”

Adam asked about the developments in Antigua and Alki explained, Swissx is partnering with the University of Health Sciences Antigua on a plant medicine clinic and with Prime Minister Gaston Brown on a cooperative planting program that will rapidly grow the nation’s economy.

“He’s a very influential dude,” said Alki. “He’s the leader of his group of nations for the U.N., and he’s making some real moves.”

He went on to tell about important research Swissx’s Head of Genetics Olof Olofson on THC fruits that is now being done at the University and about partnering with his buddy Mike Tyson’s Tyson Ranch in Antigua.

The two spoke about new studies saying cannabis protects the lungs of smokers.

“I’d like to see some COVID try to get past my cannabinoids,” said Alki.

“We’re all coated with some kind of internal lung butter,” said Adam.

“Listen, Alki,” said Adam. “I have one request. Send the jet. Send the jet to bring to Malibu to smoke with you. We’ll give you 900 years of shoutouts on the podcast!”

Alki talked about 5MeO DMT…also known as The Toad. He explained its the most powerful psychedelic compound known to mankind

“This is it,” he said. “This is the religious experience we all think we’re gonna have when we die.”

The conversation then took off into strange directions including recent news about the discovery of a galaxy running backwards, and many more ideas and jokes about time travel.

Alki then introduced the team to his wife’s group of rescued Macaws, and his cloned dog Vader–whose birthday was the next day.

And he gave Adam Dunn listeners a special code to get a large discount on their first order at Swissx.com….listen to get the code.