The validity of a person’s worth is constantly, and ever increasingly, being quantified by how much they post on their social media platforms, and how many engagements they receive from their followers on a daily basis. But just because a person can promote their brand through such popular apps as Instagram, Facebook and Twitter around the clock, doesn’t mean that they’re totally in touch with the world around them. The all-too-important question of why the public is so fascinated with social media personalities, and how that consumption is negatively impacting them, is explored in the new mockumentary, ‘The Social Ones.’

‘The Social Ones’ was written and directed by first-time feature filmmaker, Laura Kosann. The scribe-helmer also produced the comedy with her sister, Danielle Kosann, and Stephanie March. The trio also starred in the movie, alongside Richard Kind, Allegra Edwards, Debra Jo Rupp, Jackie Hoffman and Nicole Kang.

The mockumentary is now available on all major VOD platforms, including Apple TV, Amazon Prime Video, Dish, DirecTV, Spectrum and Google Play, courtesy of Comedy Dynamics. The comedy’s official release comes after it received the 2019 Audience Award for Best Comedy Feature at the Cinequest Film Festival.

‘The Social Ones’ follows five social media celebrities as they prepare for a group cover shoot that’s scheduled to take place in four weeks. Viewers are taken inside the lives of the influencer stars of the issue in the weeks leading up to the photo shoot. But the celebratory shoot goes awry when one of the influencers has a social-media induced breakdown that forces everyone who’s involved to face the question of why everyone is so consumed with social media.

March generously took the time recently to talk about starring in and executive producing ‘The Social Ones’ during an exclusive video interview over Zoom. Among other things, the actress-executive producer discussed how she’s friends with Laura Kosann, who sent her the script for the movie, and asked her to play the role of the therapist, Dr. Miriam Spacelli. March also shared that she thinks the mockumentary is a fantastic love letter to the current generation, which has grown up sharing their views, and connecting with the rest of the world, on social media.

Watch the official trailer for ‘The Social Ones’ above, and our exclusive interview with March below. 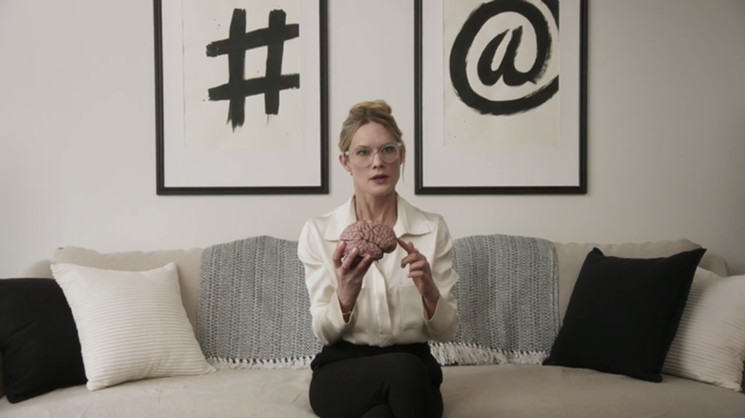 ShockYa exclusively interviewed actress-executive producer Stephanie March about the mockumentary comedy, 'The Social Ones,' which was written and directed by Laura Kosann.