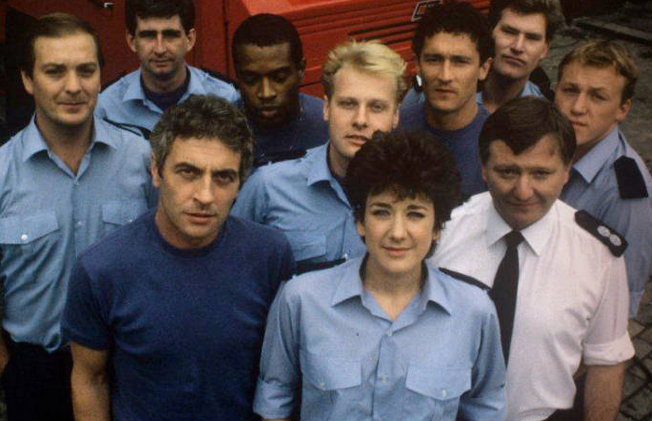 A scene from the British television drama series, ‘London’s Burning.’

Protecting the lives of the people they love, as well as their entire community, is a powerful motivator for the firefighters of the London Fire Brigade. That’s certainly the case for the members of the brigade, who are part of the Blue Watch at the Blackwall fire station, on the popular British television drama series, ‘London’s Burning.’

The long-running show, which is based on the 1986 TV movie of the same name, originally aired on the ITV network. Repeats of the hit series are currently airing on the Drama channel on Filmon TV. The latest episode to air on Filmon can be streamed today at 9:20am-10:20am local time. It can be watched live, or recorded and watched at a later time.

Episode 9 of Series 10 of ‘London’s Burning’ was written by Neil McKay, and directed by Douglas MacKinnon. It follows the Blue Watch team as it rescue a man who’s trapped up a chimney. Meanwhile, as Blackwall’s centenary is approaching, there are plans to hold a celebratory event. Pearce and Sicknote (Michael Garner and Richard Walsh) both want to be in charge of it, so as a compromise, Recall (Ben Onwukwe) accepts the task instead.