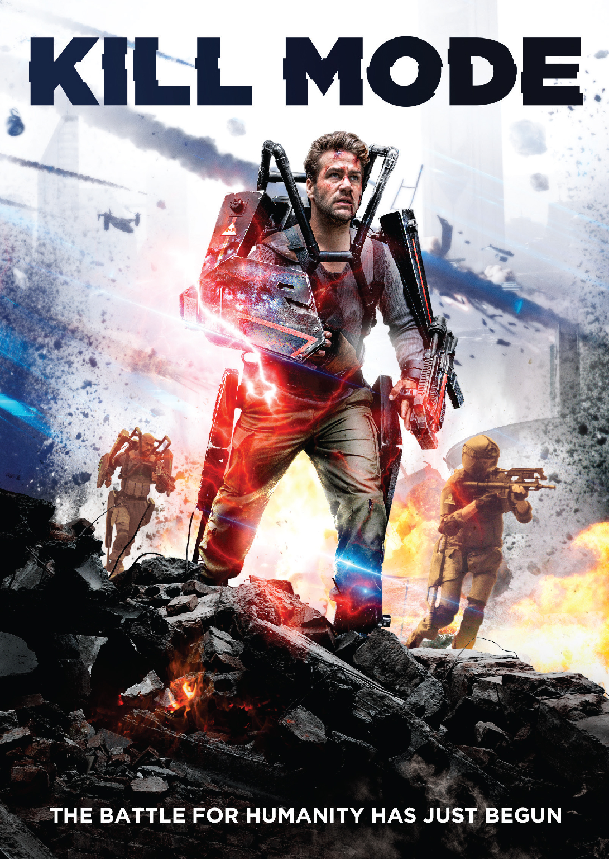 One of the most difficult challenges for in life is to face their past. That’s certainly the case for actor Dave Mantel in his upcoming sci-fi movie, ‘Kill Mode.’ The performer’s protagonist must contend with the sins of his history when RLJE Films distributes the drama on June 16.

The feature’s DVD and Blu-ray will be sold for an SRP of $29.96 and $29.97, respectively. The discs will include audio commentary with the cast and crew.

In honor of ‘Kill Mode’s home release, ShockYa is offering two lucky winners a DVD of the action movie. To enter, email us at ShockyaGiveaway@aol.com. Let us know that you’re entering to win the ‘Kill Mode’ DVD giveaway in the email’s subject line, and include your mailing address in the message. You have until next Tuesday, June 16, the day of the film’s home release, to enter, and you can enter the contest once daily. On June 16, we’ll pick the winners at random, and notify them through email. Good luck!

RLJE Films has unveiled the following synopsis for ‘Kill Mode’:

Years after a bacterium killed 31 million people, David Oscar (Mantel) must come out of hiding and face his past. He is tracked down by the remaining members of his former rebel group, who persuade him to take part in an important mission which they believe will lead to a cure for the infected, and destroy the pharmaceutical company they believe to be responsible for the sickness. As they break into a secure facility expecting to find the cure, they discover a young girl who has been held captive and subjected to experiments for years. As David and his companions help her escape the company facility, the mutation inside her body manifests itself, and the rebels discover why she has been kept under lock and key all this time.

Cancel reply
Michael Garner and Richard Walsh Both Want to be in Charge of Blackwall’s Centenary on London’s Burning
Exclusive Interview: Issa Lopez Talks Tigers Are Not Afraid (Blu-ray and DVD Release)
To Top