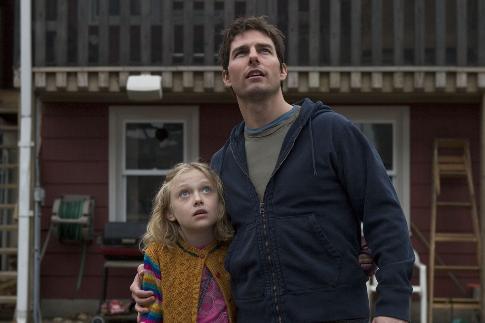 Tom Cruise is determined to take whatever means necessary to protect his children, no matter what obstacles he may face along the way. His strong-will and resolve is dramatically increase after extraterrestrials invade Earth and devastate cities with war machines. The actor’s struggle to keep his family safe is highlighted in the 2005 sci-fi movie, ‘War of the Worlds.’

The Academy Award-nominated drama is loosely based on the 1898 similarly-titled novel by H. G. Well. The film was written by Josh Friedman and David Koepp, and directed by Steven Spielberg. In addition to Cruise, the feature also stars Dakota Fanning, Justin Chatwin, Miranda Otto and Tim Robbins.

‘War of the Worlds’ is set to air on the BBC One channel today on Filmon TV. (Note that the BBC One channel is only available to viewers in the UK, or international users who have a paid subscription.) The film will be streamed from 5:45pm-7:30pm local time. It can be watched live, or recorded and watched at a later time.