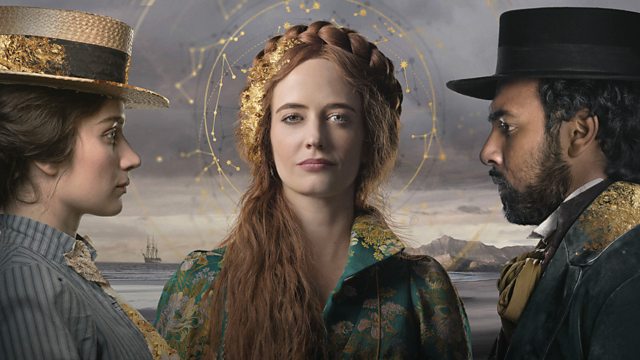 A promotional image for the British-New Zealand drama television miniseries, ‘The Luminaries.’

It takes a strong-willed person to travel around the world to pursue their dreams. That’s certainly the case with the main characters on the new British/New Zealand drama television miniseries, ‘The Luminaries,’ which premiered last month. Based on the 2013 novel of the same name by Eleanor Catton, the show is centered around the young adventurer Anna Wetherall, who ventures from the United Kingdom to New Zealand, in order to start a new life on the South Island’s West Coast.

The adventure miniseries is currently airing on BBC One, and is also being broadcast on the network’s channel on Filmon TV. (Note that the BBC One channel is only available for free to viewers in the UK, and international users who have a paid subscription.) The first episode can be streamed this afternoon at 5-6pm local time on Filmon. It can be watched live, or recorded and watched at a later time.

The pilot episode of ‘The Luminaries,’ which is titled ‘Fingerprint,’ was written by Eleanor Catto, and directed by Claire McCarthy. Set in 1865, it follows Anna Wetherell (Eve Hewson) as she befriends a fellow traveler named Emery Staines (Himesh Patel) during the last day of their voyage to Hokitika, a town in New Zealand’s West Cost. The two are traveling to exploit the West Coast Gold Rush, which has drawn many prospectors. However, once they arrive to their new country, their plans to reunite are complicated. The six-episode show also stars BAFTA Rising Star Award-winning actress, Eva Green.