Actress Sarah Michelle is wrestling demonic pain in the new horror comedy, ‘Parts Unknown.’ The performer’s world of wrestling meets the bloody battlefields brought on by a demonic entity in the film, which is now available on DVD and Digital, courtesy of Wild Eye Releasing.

In honor of the distributor unveiling the movie this week, ShockYa is premiering an exclusive clip from the horror comedy. The clip features Michelle’s character, Kitty Von Strasser, crying and screaming in pain, as she pulls a shard of glass from her stomach.

In addition to Michelle, ‘Parts Unknown’ also stars William DeCoff and Alexandra Cipolla. The film was written and directed by Richard Chandler.

‘Parts Unknown’ follows a crazed family of disgraced professional wrestlers after they lose their livelihoods. Following their misfortune, they decide to embark on a spree of murder and carnage to satisfy a deal made with a demonic entity from another dimension. 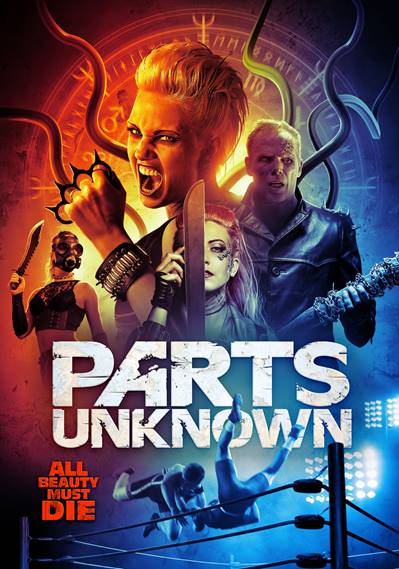