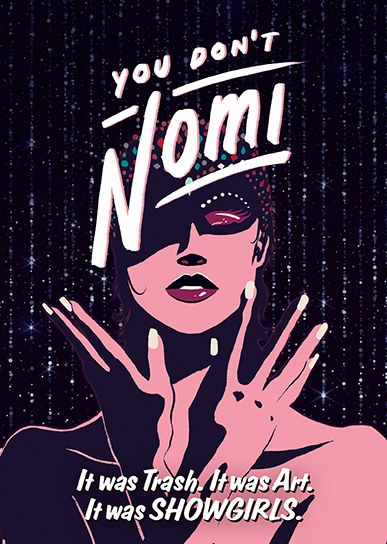 RLJE Films will distribute the documentary on DVD and Blu-ray next Tuesday, July 21. The movie will be available on DVD for an SRP of $27.97, and on Blu-ray for an SRP of $28.97.

In honor of ‘You Don’t Nomi’s home release, ShockYa is offering two lucky winners a DVD of the film. To enter, email us at ShockyaGiveaway@aol.com. Let us know that you’re entering to win the ‘You Don’t Nomi’ DVD giveaway in the email’s subject line, and include your mailing address in the message. You have until next Tuesday, July 21, the day of the documentary’s release, to enter, and you can enter the contest once daily. On July 21, we’ll pick the winners at random, and notify them through email. Good luck!

‘You Don’t Nomi’ marks the screenwriting and directorial debut of Jeffrey McHale. It features Adam Nayman (‘Vice Guide to Film’), April Kidwell (‘I, Nomi;) and Peaches Christ (‘Milk’). The movie features a chorus of film critics and fervent devotees who explore the complicated afterlife of ‘Showgirls,’ from disastrous release to cult adoration and extraordinary redemption.