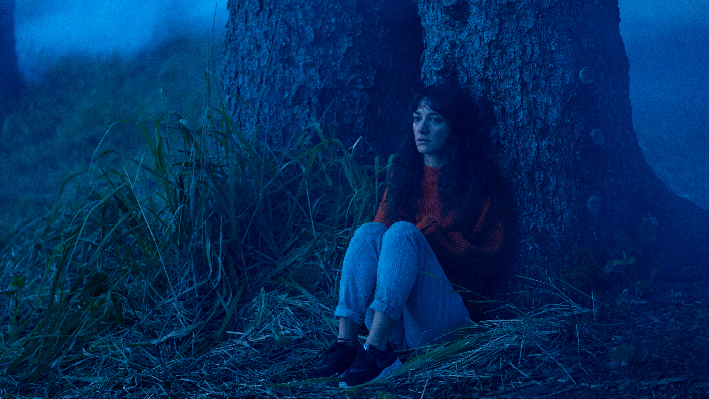 Even during the current culture of spending the majority of their time at home with the ones they’re supposed to love and trust the most during this chaotic and life-threatening time, some people are unable to fully trust their surroundings. That’s certainly the case for the four main protagonists in the new atmospheric, character-driven ensemble horror thriller, ‘The Rental.’

People are supposed to be able to share their most intimate spaces and senses of self with their closest friends and relatives, but their increasing sense of paranoia ultimately shows how no one can completely trust, or even knows, each other. The drama features a grounded story that delves into real world fears, as well as a sense of dread that slowly builds and creates tension, even in moments when nothing overtly scary is happening on screen.

Dave Franco made his feature film directorial debut with ‘The Rental,’ which he also produced and co-wrote with genre veteran, Joe Swanberg. IFC Films is releasing the movie today On Demand and at select Drive-In theaters.

‘The Rental’ follows two couples-Charlie (Dan Stevens) and his wife, Michelle (Alison Brie), and his brother, Josh (Jeremy Allen White), and his girlfriend, Mina (Sheila Vand), who works with Charlie-as they decide to celebrate their recent success from a new business venture. So they decide to embark on a weekend getaway to a seemingly perfect house they’ve booked online. But what begins as a festive weekend for the four close friends quickly turns into something far more sinister, as secrets they’ve kept from each other are exposed, and paranoia that they may not be alone, and are being watched in the house, grows.

Vand generously took the time recently to talk about starring in ‘The Rental’ during an exclusive interview. Among other things, the actress discussed that she decided to play Mina because she felt like showing the lack of privacy people have in the current digital era was a great premise for a horror film, and she also appreciated that she was able to showcase range in her performance. She also admired Franco’s focus as a first-time helmer, as well as his respect towards the rest of the cast and crew, during production.

ShockYa (SY): You play Mina in the new horror movie, ‘The Rental.’ What was it about the character, as well as the overall story, that convinced you to take on the role? How did you become involved in the drama?

Sheila Vand (SV): Well, the whole concept of being spied on by an Airbnb host has always freaked me out, so I immediately thought this was a great premise for a horror movie. We give so much privacy away in this digital era, so I like that this movie makes us question that. I also like that it plays off of some very real and human paranoia. ‘The Rental’ is not just about classic horror thrills; it’s also about relationships, trust and gaslighting.

I was very excited to play Mina because she goes through so much in the movie. She has a pretty rich journey, and I got to show some range in my performance. I was also excited to play a Persian-American leading role. Unfortunately, those are still really rare.

SY: The thriller marks the feature film directorial debut of Dave Franco, who also co-wrote the script, and produced the feature, with genre veteran, Joe Swanberg. What was your experience like of collaborating with Dave, as both the co-scribe and helmer, on the set?

SV: Dave is the man! I loved working with him. He treats his cast and crew with so much respect. He also has laser sharp focus on set. I just really appreciated how prepared and meticulous he was with his vision. I felt like I was in good hands the whole time.

It didn’t seem like it was Dave’s first time directing a feature at all. He’s such a natural. There’s normally a healthy dose of chaos on a first time filmmaker’s set-on any set really-but Dave put together such a stellar cast and crew that it was a really smooth shoot. It was great being directed by an actor, too. Dave really took extra care with our performances, and I think he had his eye on the acting in a way that only an actor really could.

SY: The story is in part character-driven, and focuses on surveillance, isolation and the breakdown of trust. How do those character-driven elements of how people watching each other, especially since they don’t trust each other, which are amplified by isolation, influence the characters’ actions? Did the exploration of how the horror of humanity and the pain people cause each other, appeal to you as an actress?

SV: Absolutely. I love how the movie blends all those concepts together, and that it’s rooted in reality. It’s not one of those horror films that features something supernatural or fantastical, where you can leave the theater after and say, “Oh well, that could never actually happen.” The scary sh*t in this movie could all potentially happen in real life, and I think that’s why it stays with you after you finish watching it. It messes with your head, and continues to creep you out psychologically.

SY: ‘The Rental’ also stars Dan Stevens, Alison Brie and Jeremy Allen White. What was the process like of working with your co-stars to build your characters’ relationships?

SV: We all had a great natural chemistry, to be honest. I just love this cast so much. They’re all so talented, but also just great people with good hearts.

It was a pretty special and unique experience to do a movie with such a small cast in mostly one location. You get to know each other pretty well, and I think the bonds we were building off camera carried over into our scenes. Everyone in this cast is a true professional, so it made it so easy to discuss scenes and play with the characters. We all take our work seriously, and have been doing this for a while.

SY: The drama features several action sequences, as the couples fight back against the person who’s spying on them, as well as each other. What was the process of creating the physicality for the role?

SV: Oh my gosh, the physical stuff was not easy for me. One of these days, I swear I’ll start exercising!

One thing I’d do in the scenes where my character’s really frightened was breathe very rapidly and heavily before they called action to get my heart rate and adrenaline up, which mimics our body’s natural response to danger. Sometimes I’d even start moaning and wailing before a take, just to ramp up my fear, because it’s hard to hear “action” and then suddenly have to be at a level 100 of horror.

SY: ‘The Rental’ is mainly set in the isolated vacation home where the couples spend the weekend together, like you mentioned earlier. What was the process of filming the thriller on location in Oregon?

SY: We mostly shot in Bandon, Oregon, which is such a beautiful and peaceful place. It’s a quiet little seaside town that I really enjoyed. It’s so small, we all felt like locals by the end of the shoot.

SV: The house we shot in is stunning. It was on a very remote property with no cell service, so driving to and from set was kind of eery sometimes. But it felt like the perfect vibe for the movie.

I feel like the location and that house are characters of their own. I like shooting on location sometimes because you get to disconnect a bit from your regular life, and stay more focused on the job. It’s just a bit more immersive when the location is part of the set.

SY: IFC Films (has) released the drama On Demand (today). Why do you feel the digital release is beneficial for this type of movie?

SV: It’s hard to have a movie release during these pandemic times because, of course, there’s nothing like the big screen experience. But IFC is so amazing and they’ve done such a phenomenal job so far with the release.

I think it’s so cool that we’ll be playing in drive-in theaters because horror movies feel nostalgic in the same way drive-ins do. But I also think there’s something extra creepy about watching this particular movie at home, especially if you’re in an Airbnb or if you’ve ever rented out your home. It adds this extra meta layer to the experience.