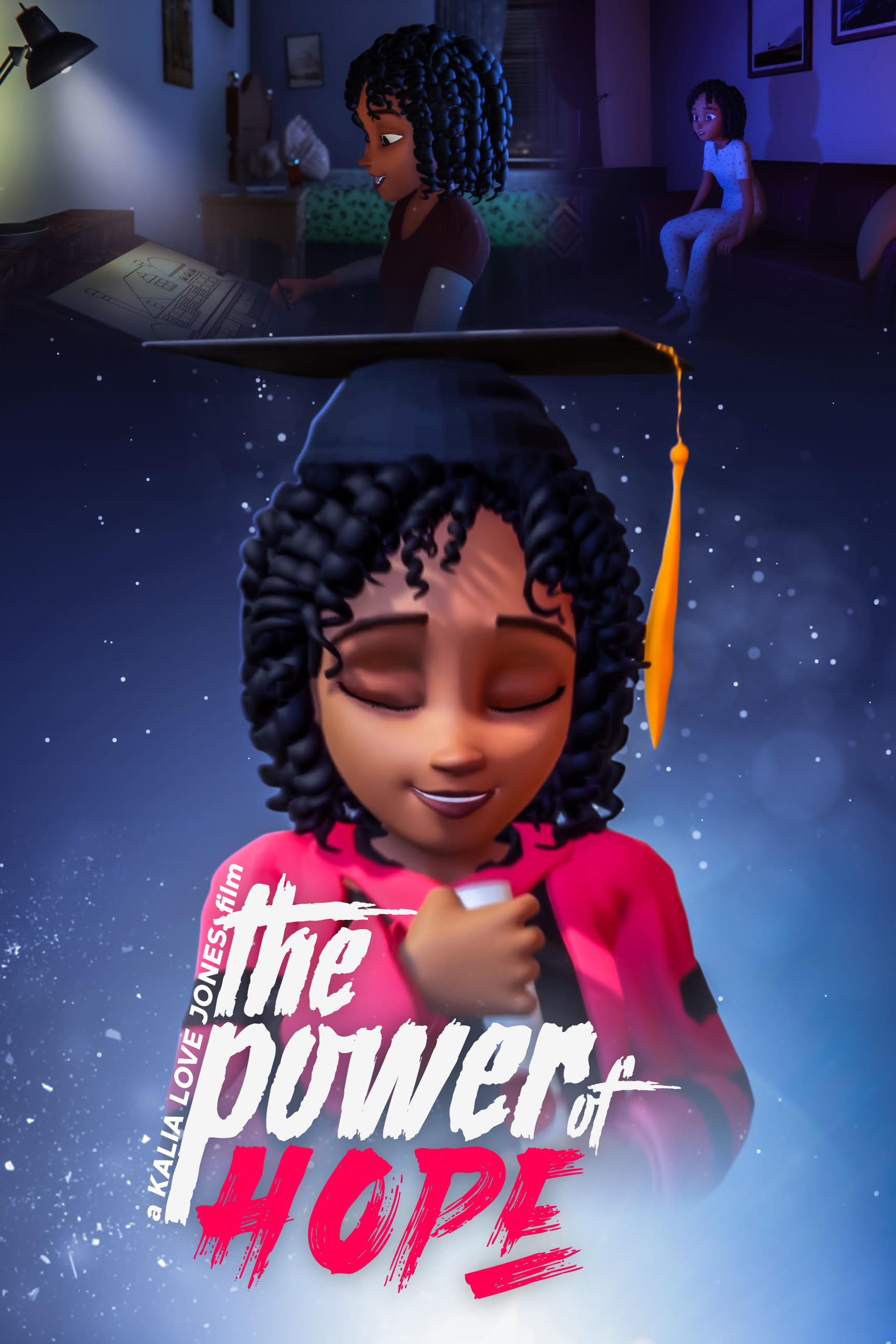 ShockYa is exclusively premiering the poster for director Kalia Love Jones’s film, ‘The Power of Hope.’

Finding the will to persist and bring their hopes to life is vital for any young adult, especially those who must endear tragic circumstances. That’s certainly the case for the protagonist in in the upcoming movie, ‘The Power of Hope,’ from up-and-coming 13-year-old filmmaker, Kalia Love Jones. In honor of the feature being included in Univision’s Primios Juventud on Thursday, August 13 at 7pm, ShockYa is exclusively premiering the movie’s poster.

‘The Power of Hope’ tells the inspirational story of a young woman with big dreams. When her mother falls ill, an aspiring architect grapples with feelings of helplessness. However, she soon becomes moved by the words of Michelle Obama, and finds the will to persevere and bring her dreams to life.

Jones is an ambitious animated filmmaker who has a goal to empower others. No stranger to hard work and commitment, she divides her time between school, filmmaking, piano lessons, district Honor band first chair flute and gymnastics. The filmmaker’s devoted to her passion as a filmmaker. She’s also confident that she can make a positive difference in the world, and inspire more young women to pursue their filmmaking dreams.

Jones lives in Los Angeles, and has always loved the filming industry. She looks up to such influential female figures as Ava DuVerney, Rebecca Sugar and Michelle Obama. She also spends hours every day drawing, crafting and studying films so she can make unique animations of her own.

With her motivation and strong support from her family, the young filmmaker was able to launch ‘The Power of Hope,’ which is her first captivating production. She also co- wrote the movie’s song with Grammy-nominated producer, Ben Franklin, and funded most of the project on her own by recycling and working odd jobs for her family and friends. The song is now available on all major music platforms.

Cancel reply
Jack Nicholson Reflects on His Past Mistakes in The Shining BBC One Broadcast
Interview: Marjane Satrapi Talks Radioactive (Exclusive)
To Top