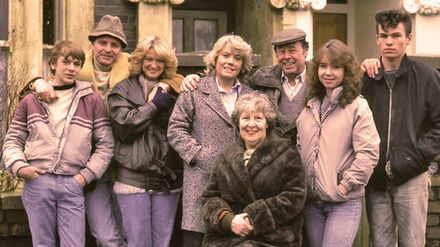 Classic episodes of the critically acclaimed show are being broadcast on the network’s channel on Filmon TV. The latest episode to air on Filmon can be streamed this morning at 8:40-9:15am local time. It can be watched live, or recorded and watched at a later time.

Today’s showing of classic ‘EastEnders,’ episode 73 of series 11, follows Pat (Pam St. Clement) gets herself an education. Meanwhile, Binnie gets herself a new partner, and Grant (Ross Kemp) tries to hang onto the one he has.