Sometimes the only way that people can truly protect themselves is to fight back against injustices committed by others who don’t truly care about them. That’s certainly the case for actor Jordan Hall and actress Oona Laurence in the upcoming mystery thriller, ‘What We Found.’

In honor of the film being released on VOD on August 4 by Freestyle Digital Media, ShockYa is premiering an exclusive clip from the movie, which is titled ‘Tweet Tweet.’ In the clip, Hall and Laurence’s characters, Marcus and Holly, are targeted by actor Brandon Larracuente’s character, Clay, who wants them to say tweet tweet on camera, for his own amusement. When the two younger teens begin to resist Clay’s bullying, the situation grows increasingly hostile, until they’re saved by a nicer peer who steps in to diffuse the situation.

The coming of age drama was written, directed and produced by Ben Hickernell. In addition to Hall, Laurence and Larracuente, ‘What We Found’ stars Elizabeth Mitchell (‘Lost’), James Ransone (‘It Chapter Two,’ ‘Sinister’) and Yetide Badaki (‘American Gods‘).

‘What We Found’ follows a group of friends as they start their freshmen year at a tough public high school. As the school year begins, their friend, Cassie (Giorgia Whigham), disappears in West Baltimore. With the police unable, or unwilling, to find her, the young friends take it upon themselves to find out what happened to her, and embark on a harrowing journey that will change them all. 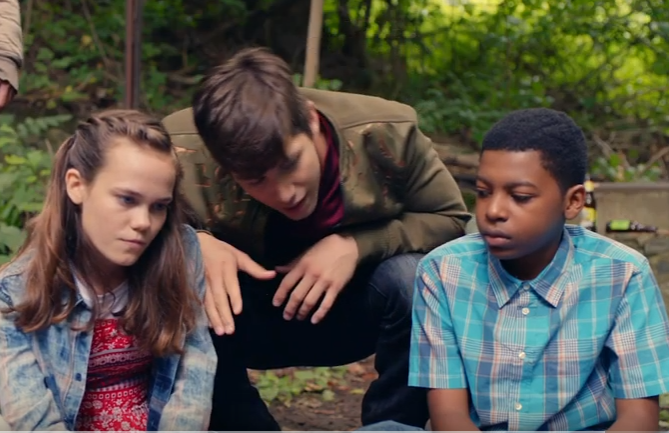 ShockYa is premiering an exclusive clip for writer-director Ben Hickernell's mystery thriller, 'What We Found,' which is titled 'Tweet Tweet.'