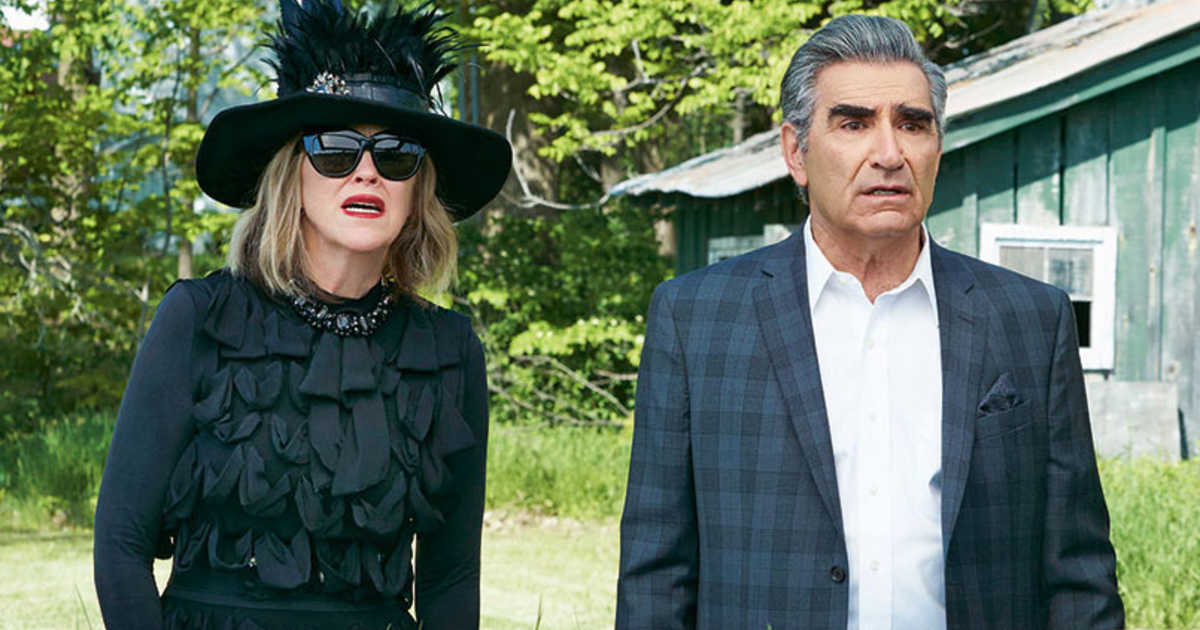 Casts of all merits from television will surely shine bright during this fall’s anticipated Emmy Awards ceremony, but there are certain actors and actresses who are truly standing out amongst their competitors. The 72nd Primetime Emmy Awards ceremony will honor the best in U.S. primetime television programming from June 1, 2019, until May 31, 2020, as chosen by the Academy of Television Arts & Sciences.

The show is set to air virtually from the performers’ homes across America on September 20 on ABC, in accordance with health regulations regarding the COVID-19 pandemic. The ceremony will be hosted by nine-time Emmy Award-nominated talk show presenter, Jimmy Kimmel. There are several series that critics are buzzing about this Emmy season, which are leading the odds in such categories as Outstanding and Supporting Lead Actor and Actress in both the comedy and drama genres.

With a little more than a month-and-a-half until the 2020 Emmy Awards ceremony airs, Eugene Levy has become the top contender to win in the Outstanding Lead Actor in a Comedy Series category, for his portrayal of Johnny Rose on the Pop TV sitcom, ‘Schitt’s Creek.’ The actor is at the top of the list to hear his named called on Emmy night. He has the potential to edge out his fellow nominees, including Ted Danson (‘The Good Place’), Michael Douglas (‘The Kominsky Method’), Don Cheadle (‘Black Monday’), Anthony Anderson (‘Black-ish’) and Ramy Youssef (‘Ramy’).

Levy is the current frontrunner, as his portrayal of the Rose family patriarch has been considered to be one of the most charming and memorable in the comedy field since ‘Schitt’s Creek’ premiered in 2015. A win for the performer, who was also nominated in the same category last year, would celebrate the entire run of the show, which concluded its six season run in April.

In the Outstanding Lead Actress in a Comedy Series category, Catherine O’Hara is the favorite to be honored for her role as Johnny Rose’s wife, Moira, on ‘Schitt’s Creek.’ Like Levy, she was also nominated in her respective category last year, but her major competition this year is Rachel Brosnahan for Prime Video’s ‘The Marvelous Mrs. Maisel,’ who won the trophy in 2018.

But O’Hara’s portrayal of the Rose family matriarch is considered to be brilliant by many critics, as she naturally brought the character’s surprising amount of character development to screen. But she and Brosnahan also face competition in the category from Christina Applegate (‘Dead to Me’), Issa Rae (‘Insecure’), Linda Cardellini (‘Dead to Me’) and Tracee Ellis Ross (‘Black-ish’).

Another category to have tough competition is Outstanding Supporting Actor in a Comedy Series. Dan Levy, who’s the real-life son of Eugene Levy, once again showed immense growth in his portrayal of David Rose, the son of Johnny and Moira, on ‘Schitt’s Creek.’

Dan, who’s also a producer and writer on the sitcom, faces the most competition from Tony Shalhoub, who won the trophy in the category last year for his portrayal of Abe Weissman on ‘The Marvelous Mrs. Maisel.’ The duo is also battling Alan Arkin (‘The Kominsky Method’), Kenan Thompson (‘Saturday Night Live’), Sterling K. Brown (‘The Marvelous Mrs. Maisel’), Mahershala Ali (‘Ramy’), Andre Braughter (‘Brooklyn Nine-Nine’) and William Jackson Harper (‘The Good Place’).

The race in the Outstanding Supporting Actress in a Comedy Series category is also a close call this year. Alex Borstein is considered to be the frontrunner again this season for her role of Susie Myerson on ‘The Marvelous Mrs. Maisel,’ after she won the statue the past two years.

Kate McKinnon is offering Borstein the most competition, for her various characters on NBC’s ‘Saturday Night Live.’ While the late-night live sketch comedy and variety show hasn’t always received much attention from Emmy Award voters in the past, she has been nominated in the category every year since 2014, and won in 2016. The duo is also facing off against Annie Murphy (‘Schitt’s Creek’), Marin Hinkle (‘The Marvelous Mrs. Maisel’), Betty Gilpin (‘Glow’), D’Arcy Carden (‘The Good Place’), Yvonne Orji (‘Insecure’) and McKinnon’s co-star, Cecily Strong (‘Saturday Night Live’).

Moving to the dramatic side, the Outstanding Lead Actor in a Drama Series race is neck-and-neck between Jason Bateman for his portrayal of Martin “Marty” Byrde on Netflix’s ‘Ozark’ and Brian Cox’s role as Logan Roy on HBO’s ‘Succession.’ Bateman, who won the Outstanding Directing for a Drama Series trophy at last year’s Emmy Awards, has been the runner-up in the acting category since 2018.

Cox, who previously won an Emmy Award in 2000 in the Outstanding Supporting Actor in a Miniseries or a Movie category for his role of Hermann Göring in ‘Nurembergs,’ may win his second television statue this year. His turn as Logan on ‘Succession’ is also receiving attention, as his performance is considered to be more current and fresh than his fellow actor. But the duo is also receiving competition from Jeremy Strong (‘Succession’), Billy Porter (‘Pose’), Sterling K. Brown (‘This is Us’) and Steve Carell (‘The Morning Show’).

Another highly debated and discussed Emmy Awards category is for Outstanding Lead Actress in a Drama Series. Leading the odds is Laura Linney for her portrayal of Marty’s wife, Wendy Byrde, on ‘Ozark.’ Last year, audiences were surprised when Linney lost to ‘Killing Eve’ actress, Jodie Comer, in the category. With Netflix’s recent announcement that it will be bringing the crime drama to an end with its upcoming fourth season, Emmy Award voters are likely looking to reward Linney now.

The actress is receiving the most competition from Olivia Colman for her role of Queen Elizabeth II on the streaming service’s historical series, ‘The Crown.’ Claire Foy previously won a trophy for her turn as the Queen of the United Kingdom in her earlier life in 2018. The duo is also facing competition from Jennifer Aniston (‘The Morning Show’); Jodie Comer (‘Killing Eve’), who won the trophy last year; Sandra Oh (‘Killing Eve’) and Zendaya (‘Euphoria’).

Another high-profile, incredibly close category is Outstanding Supporting Actor in a Drama Series, in which Kieran Culkin and Billy Crudup currently have the same odds, for their turns on ‘Succession’ and Apple TV+’s ‘The Morning Show.’ Culkin is currently the front-runner, however, as his portrayal of Roman Roy, the third and youngest son of Cox’s character, proves that he has successfully made the transition from child star to adult actor.

The last, but certainly not least, high-profile acting race is the Outstanding Supporting Actress in a Drama Series. Helena Bonham Carter has been receiving just as much praise as her co-star, Colman, on ‘The Crown.’ The fourth-time Emmy Award-nominated Carter is receiving praise for her turn as Queen Elizabeth II’s sister, Princess Margaret.

With more than a month-and-a-half to go before this year’s Primetime Emmy Award winners are announced, the nominated actors and actresses still have plenty of time to campaign for their roles. While the odds still have time to change before the ceremony, such performers as Eugene Levy, O’Hara, Cox, Linney, Culkin and Carter seem the most likely right now to hear their names called as the winners during the upcoming broadcast.

Cancel reply
David Tennant’s Every Belief is Challenged on Doctor Who
Michael Welch, Stelio Savante and Richard Riehle are Spending 30 Seconds In Hell
To Top