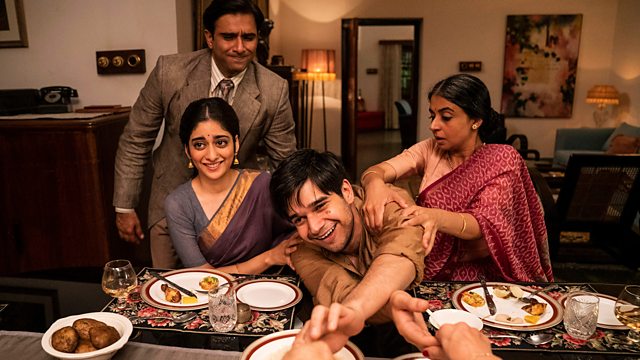 A scene from the BBC’s drama miniseries, ‘A Suitable Boy.’

Fighting for, and gaining, freedom can be the most liberating experience for not just a country, but also individual people. That’s certainly the case for the character of Lata Mehra, as well as her country of India, in the new BBC television drama miniseries, ‘A Suitable Boy.’

Set in the newly post-independence, post-partition North India in 1951, the show is based on Vikram Seth’s 1993 novel of the same name. The book is centered on the efforts of Lata’s mother, Rupa, to arrange the marriage of her younger daughter, to the title suitable boy. But Lata, a spirited 19-year-old university student who refuses to be influenced by her domineering mother or opinionated brother, Arun, is ultimately forced to choose between her suitors.

The miniseries is currently airing on the BBC, and is also being broadcast on BBC One’s channel on Filmon TV. (Note that the BBC One channel is only available for free to viewers in the UK, and international users who have a paid subscription.) The show’s next episode can be streamed this afternoon at 4-5pm local time on Filmon. It can be watched live, or recorded and watched at a later time.

The second episode of Series 1 of ‘A Suitable Boy’ was written by Andrew Davies, and directed by Mira Nair. The episode shows that when the news of Lata’s (Tanya Maniktala) secret romance reaches Rupa (Mahira Kakkar), her mother takes action to keep the young lovers apart.