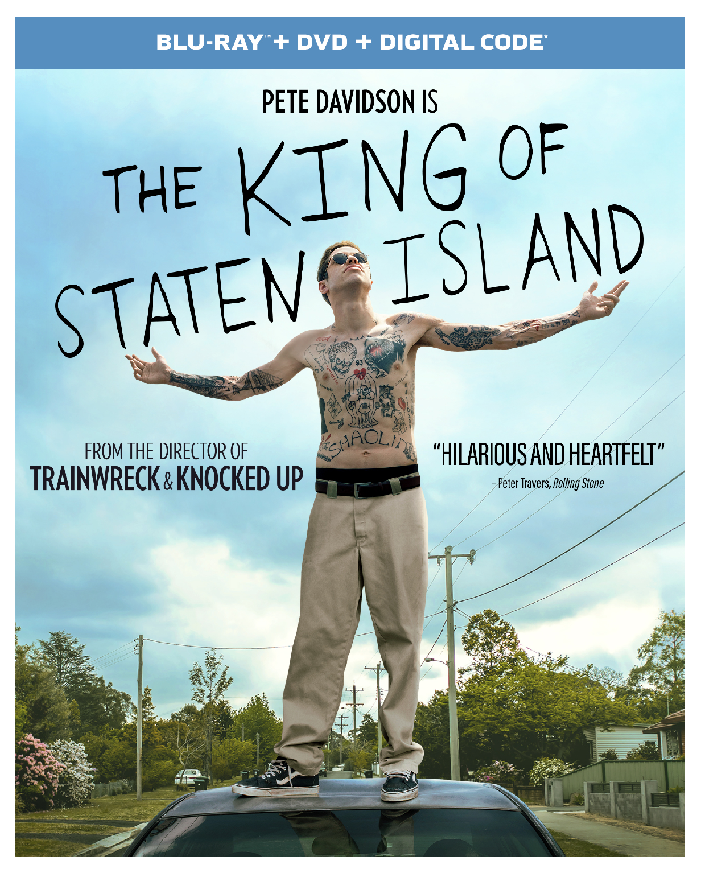 Pete Davidson is the prolific title character in ‘The King of Staten Island,’ a powerful comedy that’s inspired by his own true-life story. The actor is headed home again, as the movie is set to be released on Digital tomorrow, as well as on Blu-ray and DVD on Tuesday, August 25, courtesy of Universal Pictures Home Entertainment.

In celebration of ‘The King of Staten Island’s digital release, Shockya is offering five lucky winners a Digital copy of the film. To enter, email us at ShockyaGiveaway@aol.com. Let us know that you’re entering to win the ‘The King of Staten Island’ Digital contest in the email’s subject line and message. You have until this Friday, August 14 to enter, and you can enter the contest once daily. After August 14, we’ll pick the five winners at random and notify them through email. The winners will receive a code to digitally download the comedy. Good luck!

‘The King of Staten Island’ was directed by Judd Apatow, who also co-wrote the script with Davidson and Dave Sirus. The helmer and actor also served as producers on the movie. In addition to Davidson, the film also stars Marisa Tomei, Bill Burr, Bel Powley, Maude Apatow and Steve Buscemi.

The comedy’s Blu-ray, DVD and Digital include several bonus features, including alternate endings; deleted scenes; a gag reel; ‘The Kid From Staten Island,’ during which Davidson and Apatow sit down for a discussion about the movie; ‘Judd Apatow’s Production Diaries,’ during which the filmmaker offers insight into what happened behind-the-scenes; ad many more.

‘The King of Staten Island’ shows how Scott’s (Davidson) life has been a case of arrested development since his firefighter father died when he was seven. He’s now reached his mid-20s and achieved little, as he’s still chasing a dream of becoming a tattoo artist, which now seems far out of reach.

As his ambitious younger sister, Claire (Maude Apatow), heads off to college, Scott is still living with his exhausted ER nurse mother, Margie (Tomei), and spends his days smoking weed, hanging with the guys—Oscar (Ricky Velez), Igor (Moises Arias) and Richie (Lou Wilson)—and secretly hooking up with his childhood friend, Kelsey (Powley). But when his mother starts dating a loudmouth firefighter, Ray (Burr), it sets off a chain of events that will force Scott to grapple with his grief and take his first tentative steps toward moving forward in life.