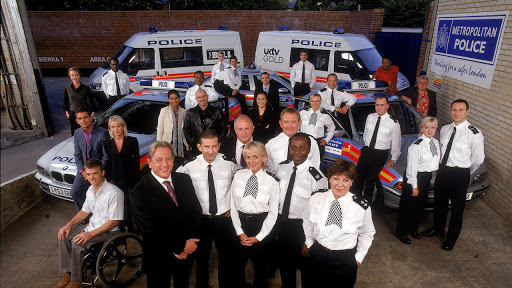 The personal lives and careers of police officers often intersect and influence each other, and ultimately make the law enforcement officials ponder how they should conduct themselves. That’s certainly the case for the officers of the acclaimed British television series, ‘The Bill.’ The long-running police procedural, which originated from the drama, ‘Woodentop,’ focused on the emotional lives and work of the police.

Repeats of the BAFTA Award-winning show are currently airing on the Drama channel on Filmon TV. The latest episode to air on Filmon can be streamed today at 8:40pm-9:35pm local time. It can be watched live, or recorded and watched at a later time.

The 30th episode of series 22, which is titled ‘To Be a Hero,’ was written by Mark Johnson, and directed by Michael Cocker. It shows how Sgt. June Ackland (Trudie Goodwin) and PC Roger Valentine (John Bowler) watch in horror as PC Lewis Hardy (Aml Ameen) risks his life to save someone trapped in a burning building. Meanwhile, DC Suzie Sim (Wendy Kweh) passes her Sergeant’s exam.