American Authors are Counting Down to Release of New EP

Alternative band American Authors has announced their forthcoming EP, ‘Counting Down,’ is set to be released on September 18 via Island Records, the EP serves as a follow up to last year’s full-length album, ‘Seasons,’ and features previously released singles ‘Microphone’ and ‘Best I Can.’

While talking about the new EP, American Author’s vocalist-guitarist, Zac Barnett said, “‘The Counting Down’ EP started as a batch of songs written for fun following the release of ‘Seasons.’ We spent four days in Nashville before a show and knocked out the songs you hear here.”

Soon after releasing ‘Seasons,’ their third full-length record, the members of American Authors were struck with a surge of inspiration. The four-piece band, which is rounded out by guitarist-keyboardist James Shelley, bassist Dave Rublin and drummer Matt Sanchez, rented an Airbnb in Nashville for a few days with the intention of writing new material. The result is ‘Counting Down,’ although Barnett noted that the group wasn’t actually setting out to make a new record.

“At the time,” he explains, “we weren’t thinking about this as a collection of songs, because it fell so close after releasing the album. We were just writing to write, and that’s what was really fun about these songs. But coming right after an album, there were no limits on what this was. We were just writing from the heart.”

‘Counting Down’ begins with ‘Brick By Brick,’ a high-octane, uplifting track that defies the doubts of its lyric to start the EP with a powerful jolt of defiance. Recorded by ‘Seasons’ producer Cason Cooley, the song is about overcoming self-doubt, and serves as a testament to the hard work that the band, even after the runaway success of its 2013 single ‘Best Day Of My Life,’ put into what they do. It also doubles up as a commentary on the current political climate of the USA.

All of te songs of ‘Counting Down’ come together to present a vision of the band that’s both recognizable and unfamiliar. Barnett thinks some of the tunes “are even more in the genre of classic American Authors than a lot of other stuff we’ve done in recent history.” He also sees the upcoming EP as opening a new door and leaving the past behind.

“For me,” the singer revealed, “this body of work is going to close a big chapter in American Authors. These songs are helping to move the band to the next step, and move forward into something new, because you always want to be progressing forward…There’s so much craziness right now – not just with COVID, but with fighting for racial justice, especially in this country – that this is the time now where we need to come together and work hard to progress forward. I hope these songs can inspire people to feel a little better and want to work a little harder.”

American Authors has released the following tracklist for ‘Counting Down’: 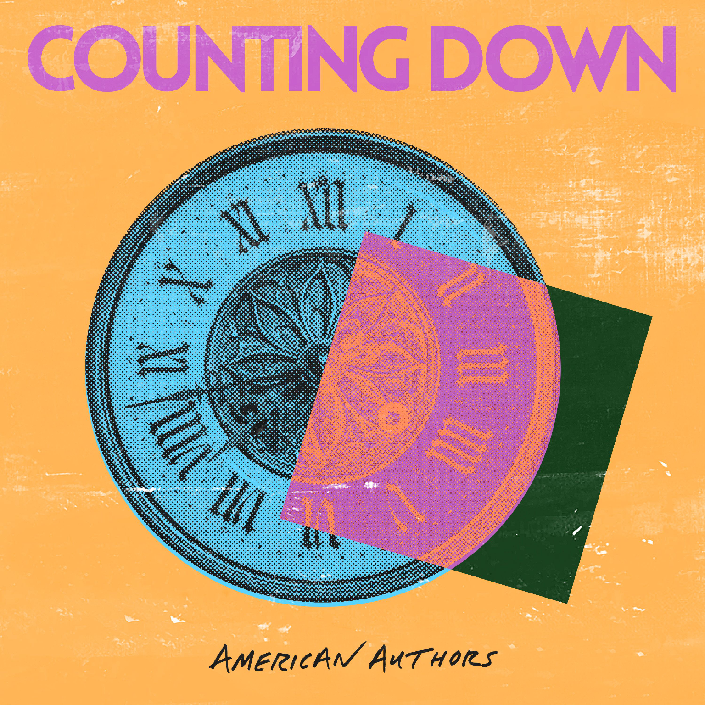