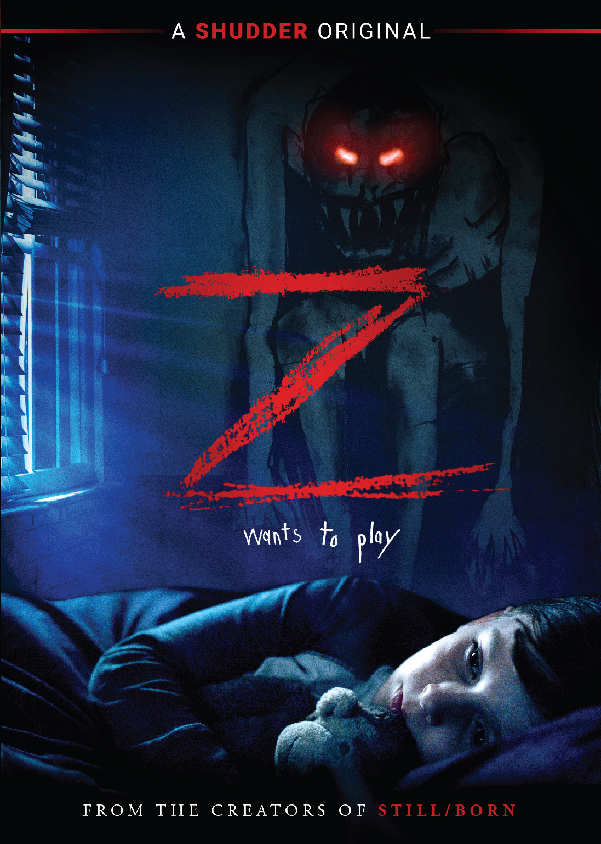 It’s perfectly normal for young children to find comfort in playing with an imaginary friend as they start to understand how to relate to the world around them. But that bond can become developmentally and emotionally harmful to a child when they begin to display extremely destructive behavior, and subsequently blame their imaginary friend for all of their actions. That’s certainly the case for actress Keegan Connor Tracy’s protagonist’s young son in the upcoming horror movie, ‘Z.’

RLJE Films is set to distribute ‘Z’ next Tuesday, September 1 on VOD, Digital HD, DVD and Blu-ray. The Digital HD release will include an iTunes Extras package that features an audio commentary with director Brandon Christensen; behind-the-scenes interviews with the cast and crew; never-before-seen deleted scenes and outtakes; and an insider’s look at the music and VFX, shooting with an actual train and how the filmmakers achieved the notorious ‘Stair Scare.’ The DVD will be sold for an SRP of $27.97, and on Blu-ray for an SRP of $28.97.

In honor of ‘Z’s home release, ShockYa is offering two lucky winners a DVD of the drama. To enter, email us at ShockyaGiveaway@aol.com. Let us know that you’re entering to win ‘Z’ DVD giveaway in the email’s subject line, and include your mailing address in the message. You have until next Tuesday, September 1, the day of the thriller’s home release, to enter, and you can enter the contest once daily. On September 1, we’ll pick the winners at random, and notify them through email. Good luck!

RLJE Films has unveiled the following synopsis for ‘Z’:

When Beth’s (Keegan Connor Tracy) son Joshua (Jett Klyne) brings home an imaginary friend named “Z,” she becomes concerned that he’s falling too deep into a world of make believe. He starts to display extremely destructive behavior, and blames Z for all of his actions. But after he gets kicked out of school, Beth’s forced to find a solution. She medicates her son, which makes him unable to see his imaginary companion anymore. But now Beth sees Z, and he wants to be her friend.