It’s not often that a story presented in a sci-fi fantasy movie that’s supposed to be set in the future can actually also present a cautionary warning about modern real-life events and emotions. But that’s certainly what happened with the plot of the new drama, ‘Undergods,’ which marks the feature film writing and directorial debuts of Chino Moya.

The movie is unique in the fact that it’s simultaneously grim and hopeful, tragic and funny, and cold and impassioned, as the plots in the anthology-driven feature is organic and thoughtfully constructed. The mini-stories that are included in ‘Undergods’ cleverly and subtlety explore society’s current feelings of desperation, loneliness, remorse and rage in complex ways that echo the sense of unease that many people are feeling in real life. The drama’s collective narrative serves as a warning sign that if people aren’t careful, their growing feelings of fear, doubt and insecurity can ultimately culminate in disaster.

The dystopian drama is set to have its world premiere tonight, August 30, at 7pm EST, as part of the Fantasia International Film Festival. Following the screening, beginning at 8:40pm EST, Moya, along with cast members Kate Dickie, Ned Dennehy, Jan Bijvoet, Adrian Rawlins, Sam Louwyck, Geza Rohrig, Johann Myers, Eric Godon and Hayley Carmichael, will participate in a live virtual Q&A over Zoom on ‘Undergods’ page on Fantasia’s official website. The movie will have its second screening this Wednesday, September 2 at 5pm EST. (In response to the current COVID-19 pandemic, the festival, which has normally been held in person in Montreal since its founding in 1996, is holding its entire edition digitally this year.)

‘Undergods’ is set in a foreign futuristic world, which is beginning to feel more familiar every day. The characters maneuver through a deserted, crumbling, grayish-blue city, which gathers bodies and shares nightmarish stories of a long-ago abandoned past. Their stories overlap and weave through time and space, and their stories layer upon each other. The stories happen before the complete degradation of the characters’ world, but there’s a sense of ominous hopelessness that’s already present in their lives.

Before its premiere at Fantasia tonight, Moya, Dickie, Dennehy, Bijvoet and Rawlins generously took the time yesterday to talk about writing, directing and starring in Undergods’ during an exclusive video interview over Zoom. Among other things, the filmmaker and actors discussed how they liked that not all of the information about what was truly going on with the characters was initially revealed to the audience, so that the viewers could better understand the bewilderment that the characters were going through. The group also expressed their appreciation of the unique visuals that are presented in the drama, including the eclectic blend of costumes and hair designs, as well as the art direction, as they helped create the story’s sci-fi and fantasy elements.

Watch our exclusive interview with Moya, Dickie, Dennehy, Bijvoet and Rawlins above, and the teaser trailer for ‘Undergods’ below. 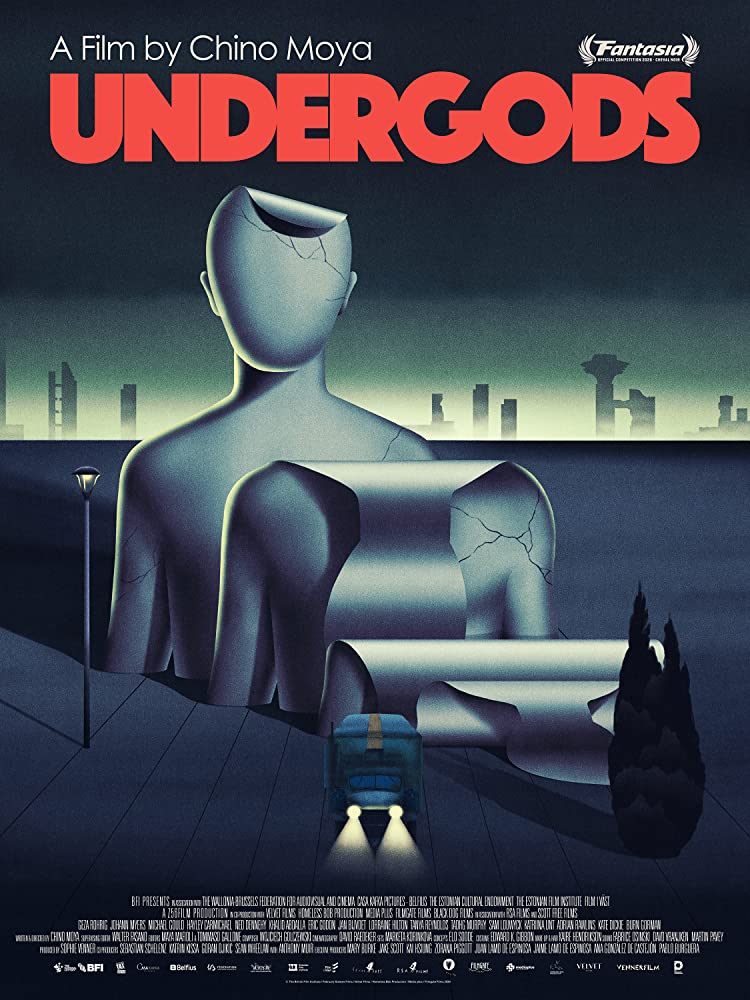