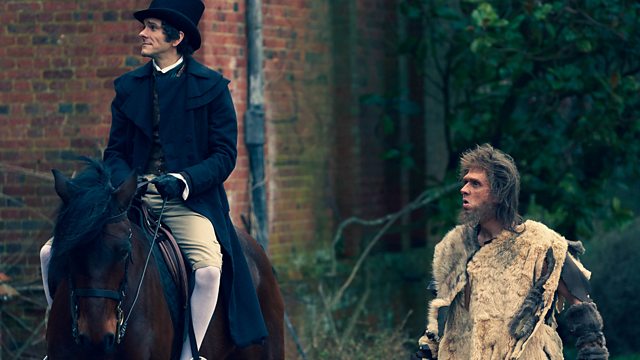 A scene from the ‘The Thomas Thorne Affair’ episode of the BBC One sitcom, ‘Ghosts.’

Episode 4 of Series 2 of ‘Ghosts,’ which is titled ‘The Thomas Thorne Affair,’ was written by Mathew Baynton and Jim Howick, and directed by Tom Kingsley. The episode follows Thomas (Mathew Baynton) as he goes down memory lane with Alison, but the truth is muddied when the other ghosts tell their version of events. Mike struggles with his own memories of Alison’s past.

Cancel reply
Watch Out For Ghosts and Capture Treasure with Johnny the Skull: Pirates Cove Game Giveaway
Joe Pantoliano is Talking to the Vines in From the Vine Exclusive Clip
To Top