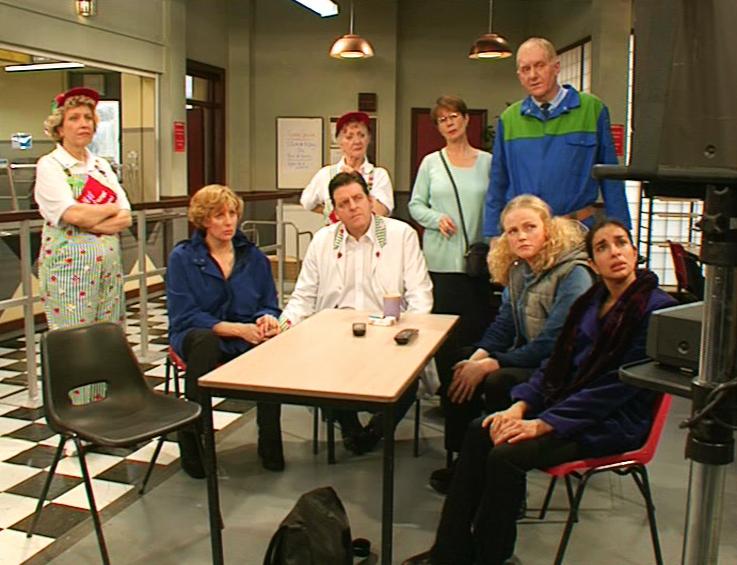 A scene from the British sitcom, ‘Dinnerladies.’

The intertwining of people’s professional and personal lives often leaves a powerful influence on their general outlook on society. That’s certainly the case for the main characters of the popular late 1990s British sitcom, ‘Dinnerladies.’ The program was created, written and co-produced by lead actress, Victoria Wood. The filmmaker-performer played Brenda “Bren” Furlong, the deputy manager of the canteen of HWD Components, a fictional factory in Manchester. The acclaimed show focuses on the working lives, as well as the social and romantic interactions of, Bren, her fellow caterers and their regular customers at the canteen.

The comedy series, which was originally broadcast on BBC One, is now being broadcast on the Drama channel on Filmon TV. The latest episode of ‘Dinnerladies’ to air on Filmon can be streamed this afternoon at 12:20-1:00pm local time. It can be watched live, or recorded and watched at a later time.

The 10th episode from series 2, which is titled ‘Toast,’ was written by Wood, and directed by Geoff Posner. The episode follows Stan as he’s hoping for a proposal, while Bren is being coached for her TV appearance, and Petula (Julie Walters) is fading fast.