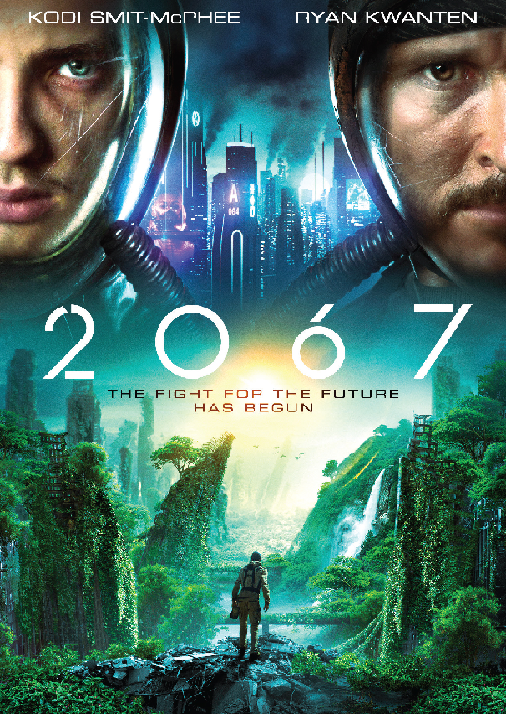 Humanity is being forced to contend with an unprecedented and drastic change in how it relates to the world around it, in both the fictional and real worlds. That’s certainly the case for the characters in the upcoming sci-fi thriller, ‘2067,’ which stars Kodi Smit-McPhee and Ryan Kwanten, and was written and directed by Seth Larney.

RLJE Films is set to release the drama on November 17 on DVD for an SRP of $29.96, and on Blu-ray for an SRP of $29.97. The discs will include the following bonus features: director commentary and a behind-the-scenes reel that includes an in-depth look at the story, cast, director, costumes, makeup, editing, VFX and music.

In honor of ‘2067’s disc release, ShockYa is offering three lucky winners a DVD of the movie. To enter, email us at ShockyaGiveaway@aol.com. Let us know that you’re entering to win the ‘2067’ DVD giveaway in the email’s subject line, and include your mailing address in the message. You have until next Tuesday, November 17, the day of the thriller’s release, to enter, and you can enter the contest once daily. On November 17, we’ll pick the winners at random, and notify them through email. Good luck!

‘2067,’ which is set in the title year, shows how Earth has been ravaged by climate change and humanity is forced to live on artificial oxygen. An illness caused by the synthetic O2 is killing the world’s population, and the only hope for a cure comes in the form of a message from the future: Send Ethan Whyte. Ethan (Smit-McPhee), an underground tunnel worker, is suddenly thrust into a terrifying new world that’s full of unknown danger as he must fight to save the human race.