The initially joyous momentum of getting everything they wish for doesn’t last forever for some people. The state of bliss that the married couple in the new horror movie, ‘The Room,’ originally present doesn’t last long, as they soon realize that getting whatever they desire can lead to harrowing outcomes. Olga Kurylenko and Kevin Janssens’ protagonists in the thriller are powerfully forced to reevaluate how their ambitions will truly affect them throughout the rest of their lives.

‘The Room’ follows a seemingly happy couple, Kate and Matt, as they move from New York City to an old house in New Hampshire. As they settle in, they discover a secret hidden room that has the surprising power to materialize anything they wish for while they’re in it. While they’re initially happy with their discovery, they soon realize that under their new apparent state of bliss lies something darker, which leads to dire consequences.

Kurylenko generously took the time recently to talk about starring in ‘The Room’ during an exclusive interview over the phone. Among other things, the actress discussed how she was drawn to play Kate in the thriller because she felt an unease with the story while she was reading the screenplay, which she couldn’t stop reading. She also shared that she enjoyed working with Janssens, who was supportive and creative to work with, as well as Volckman, who guided the performers, while also offering them creative freedom, as they were playing their characters.

The conversation began with Kurylenko explaining what drew her to play Kate in the drama. “When I first got the script, I couldn’t stop reading it, because from the first page, I was completely taken by the story. I found it to be cool, original and a bit terrifying, because I just had a baby,” she shared, referencing to the fact that the protagonists’ rising tension with the title room is largely driven by their conflicting desire to use it to start and maintain a family.

“So I felt an unease with the whole story. The fact that it provoked all of these feelings made me feel like I definitely had to” take part in the film. “When a script does that, it’s a good sign, even if it’s terrifying. It really made me think, and my thoughts were racing about the material things and being able to have whatever you want, as well as the family dynamic, including what it means to have children. So I found it to be full of interesting metaphors. I then immediately told the producers that I wanted to be in this film,” the performer added.

Further delving into the deteriorating family dynamic between Kate and Matt, Kurylenko also noted that like in the story, “the appearance of a child can (changes) the relationship between the parents. In this case, our characters have a boy” by wishing for one in the room, “and he wants to take the place of the father…In many cases, that dynamic isn’t dealt with properly, which can lead to a family falling apart.

“In this case, there’s also the room, which has a big impact on the couple. It facilitates the growing distance between them. It just gives them stuff, so they don’t have to put any effort” into their relationship, the actress pointed out. “They don’t appreciate things anymore. But they eventually realize that by running after the perceived happiness that comes with this materialism, what they do start to feel is the void. So there’s a paradox; the more they get, the more they feel that void.

“I think that’s something for us to think about as a society in today’s world. In this case, that has an impact on their well-being, as well as their appreciation of each other,” Kurylenko added.

Building the family dynamic between Kate and Matt required the performer to work closely with Janssens, who she called “amazing. I couldn’t have asked for a better partner. The movie has a great base because of the script and the whole crew. But if (I had) a different partner, or if we had a different director, the movie wouldn’t have come out the way it has. Thanks to Christian and Kevin, it is what it is,” she gushed.

“Kevin was so supportive and creative, and we were really on the same wavelength. We would always discuss things together. We were always there for each other in our scenes, and it was fun. I would work with that guy any time I can-he’s an amazing actor, and a great person,” Kurylenko proclaimed.

Following up on working with Volckman on ‘The Room,’ the actress also called the director amazing. “Christian really trusted us. He was there guiding us, but he also offered us the freedom of improvising. He would wait of what we could do with the characters in each scene, and where we could bring them. There’s actually a lot of improvisation in the movie, and he would let us do it; he would just keep shooting, and just watch to see where we could go. We were free to grab things and do whatever we wanted with them in the scenes where we were wishing for things, and the camera would just follow us.”

Kurylenko continued, “There’s also a moment in the beginning when we just moved in, and I got into a box and scared Kevin. I suggested that idea, because he had walked away from the set. So I told the crew not to tell him, and start shooting when he comes back. So I hid myself in the box, and when he came close, I jumped out and scared him,” she shared with a laugh.

“So we just had fun with it, and that added a freshness and reality to the movie. I think improvisation is very important, and I love doing it while filming and on set. It’s something that I appreciate when the director makes room for it,” the performer added.

With the story being primarily set in the couple’s new home, Kurylenko enjoyed the process of shooting the movie on location. “Being on location makes things easy, focus-wise. Pretty much everything was shot (at the house), so we didn’t have to move, and we were able to settle in that house. That made things easier for the cast and crew, and also made things more real, because we were basically trapped in the house,” she stated with a laugh. “We knew the house by heart, so it was a great experience.” 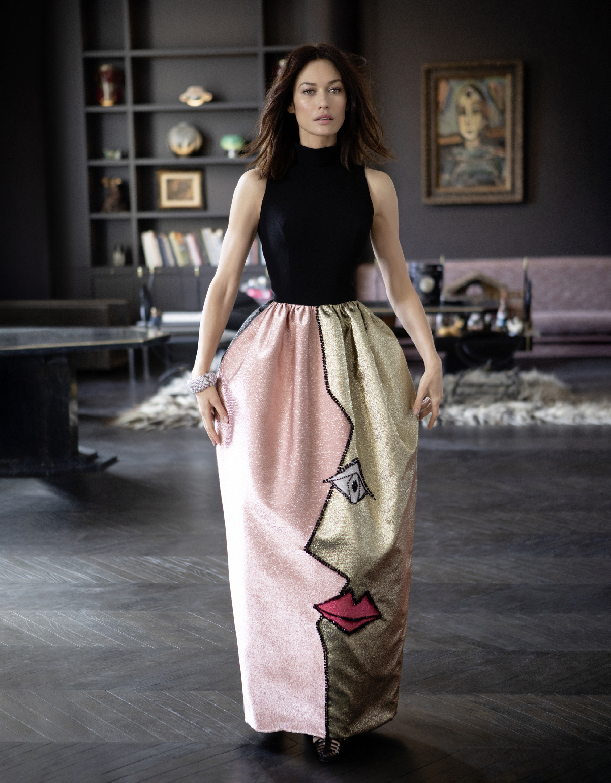