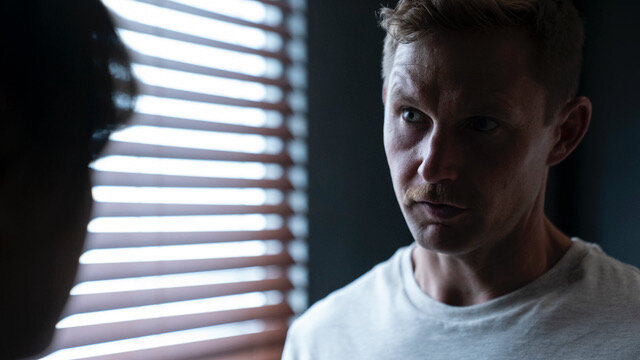 Lives are left in pieces after a white cop responds to a violent hostage call and kills an innocent Black man in the new crime drama, ‘Blindfire.’ The movie, which is inspired by actual events, explores the aftermath of the tragedy, during which the officer is accused of wrongfully shooting and killing the victim, who the majority of the public believes shouldn’t have been targeted. The representations of the officer’s actions will be chronicled when the feature is released in select theaters and virtual cinemas tomorrow, November 13, and then on Digital and VOD next Friday, November 20, courtesy of Kandoo Films.

In honor of ‘Blindfire’s distribution, ShockYa debuting an exclusive clip from the thriller. The clip features actor Brian Geraghty and actress Sharon Leal’s characters of Will and Nika as they discuss the shooting and the possible meanings behind it.

Also in celebration of ‘Blindfire’s release, ShockYa is offering five lucky winners a digital code to watch the drama. To enter, email us at ShockyaGiveaway@aol.com. Let us know that you’re entering to win the ‘Blindfire’ digital code giveaway in the email’s subject line and message. You have until next Friday, November 20, the day of the movie’s Digital and VOD distribution, to enter, and you can enter the contest once daily. On November 20, we’ll pick the winners at random, and notify them through email. Good luck!

‘Blindfire’ follows Will Bishop (Geraghty), a white cop who responds to a violent hostage call and unjustifiably kills the Black man (Okonkwo) in his own home. After Bishop learns of the victim’s innocence and is suddenly facing repercussions for his actions, he’s forced to confront extremely difficult conversations with his partner (Leal), as well as the family of the victim, and must examine his own accountability while attempting to find the person who he feels is actually responsible for the tragic chain of events. The story echoes much of the conversation taking place in society today and offers a unique exploration of this timely issue from both sides.

For more information on ‘Blindfire,’ which was the winner of Best Crime Drama at the Houston International Film Festival, visit its Facebook, Twitter and Instagram pages.

Cancel reply
Dauzat St. Marie Aims to Fight Cancer with In It Together Exclusive Poster Premiere
Most Popular Poker Movies of All-Time
To Top