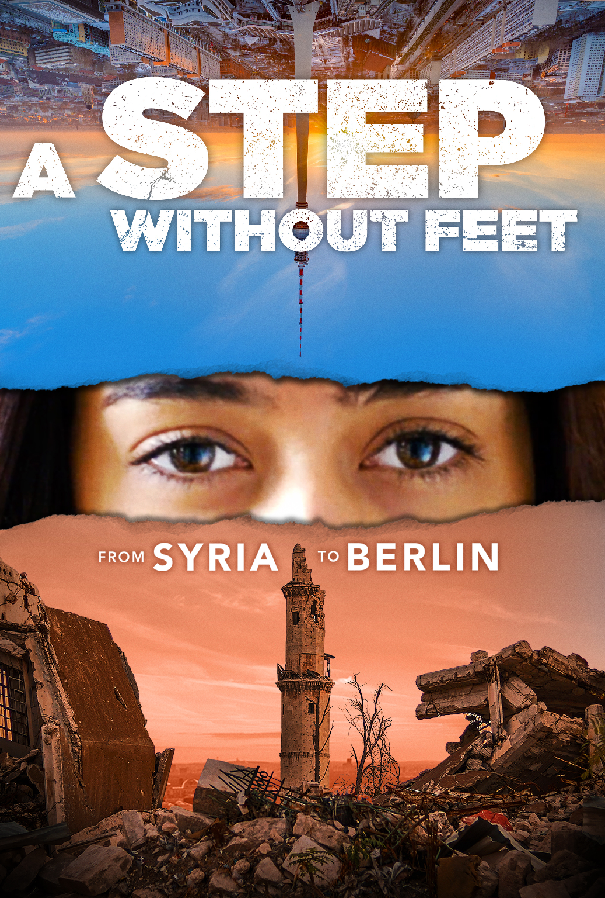 The official poster for directors Jeremy Glaholt and Lydia Schamschula’s documentary, ‘A Step Without Feet.’

Pursuing physical safety can often times lead to harrowing emotional turmoil. That’s certainly the case for the exiled Syrians who appear in the upcoming documentary, ‘A Step Without Feet.’ The refugees are striving to overcome their pain of leaving behind their home country, and build a happy and safe life in their new city of Berlin, in the movie, which is set to be released on Friday, September 4.

Kandoo Films, the L.A.-based production company run by ’13th’ and ‘Middle of Nowhere’ producer, Howard Barish, will distribute the feature On Demand via Apple iTunes, Amazon, GooglePlay, Spectrum and most other platforms in the U.S., UK and Germany. In honor of ‘A Step Without Feet’s digital release, ShockYa is exclusively premiering its trailer and poster.

The documentary’s story follows seven extraordinary Syrians who were exiled from their home as they share their lives. “We want to show the world the true essence and beauty of the Syrian culture now thriving in Berlin,” said Schamschula and Glaholt.

‘A Step Without Feet’ chronicles the experience of the refugees as they share their culture through universal themes like music, art, family and friends. Set against the backdrop of Berlin’s winter landscape, the daily lives of seven Syrians who were exiled from their home country are explored. Due to misguided stereotypes perpetuated by the media, being labeled a refugee tends to carry negative connotations, which often leads to them feeling isolated. The film sets out to counter the medias’ consistent dehumanization of the Syrian asylum seekers.

ShockYa is exclusively premiering the official trailer and poster for directors Jeremy Glaholt and Lydia Schamschula's documentary, 'A Step Without Feet.'