The SE Asian subsidiary of Maruhan Corp. was named for intimidating and coercing borrowers affected by the COVID-19 pandemic to sell assets; Maruhan also faces a discrimination scandal in its boardroom in Tokyo 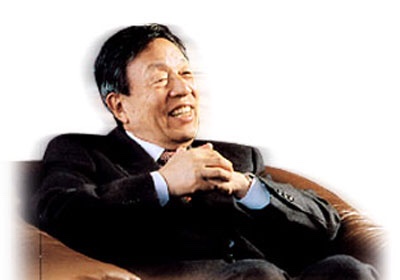 Phnom Penh, Cambodia —  Maruhan Corporation’s Sathapana Bank in Cambodia, has been singled out by Human Rights Watch for its refusal to sign on to humane policies regarding borrowers affected by the COVID-19 pandemic. Sathapana is sticking to policies allowing it to foreclose and force the auction of homes and land where the borrowers have defaulted on loans. The bank has ignored Human Rights Watch’s requests and advisories on this matter, despite similar banks in Cambodia, Cambodian Microfinance Association, Amret, and LOLC, signing on to the HRW plan.

Why is Sathapana out of step with its peers, and blatantly ignoring a globally respected human rights organization? The trouble may come from the top. At the same time that the suffering is unfolding in Cambodia, the bank’s owner, Maruhan, is facing unprecedented turmoil in Tokyo.

The corporation’s CEO, Han Chang-Woo, has been subpoenaed by United States courts to provide evidence that is expected to show approximately US$300 million in stock shares was secretly taken away from one of the company’s biggest shareholders and that the fact was covered up.

The filings allege that Mr. Han is engaging in this theft and cover-up out of racist motivations. The Financial Times of the UK has written that the shareholder is his own daughter, and the financial assault alleged to be being perpetrated on her was intended to force her to divorice her African American husband–a retired international pro basketball star.  Mr. Han is a billionaire, listed by Forbes as the 6th richest person in Japan.

“Is Han distracted by this drama he’s caused at home and the threat from U.S. courts? That would explain why he hasn’t done the right thing in Cambodia,” said an analyst in the Asian Finance sector who asked to not be named. “Or is his prejudice simply so deep that in addition to hating Black people, he hates the Khmer people his bank was supposed to help, too? You can’t really be trusted to run banking services internationally if your CEO is a known Racist.”

Cambodians hold the world’s highest average amount of microfinance institution loans, totaling US$3,804 per capita. While the National Bank of Cambodia is the licensing and regulating authority of micro-loan providers, it has never issued strong consumer protection regulations to protect borrowers from unethical lending practices. Maruhan, via Sathapana, is part of a trend of Japanese-owned finance institutions taking advantage of growth in Cambodia—growth that slammed to a halt when the pandemic hit.

Human Rights Watch is the Nobel Prize-winning,  42-year old NGO based in New York. It is internationally respected and praised for defending refugees, children, migrants, and political prisoners, against human rights abuses of all kinds.

Maruhan is best known for its empire of pachinko parlors–a thinly veiled form of gambling that preys on addiction and which the corporation has also exported throughout SE Asia, according to the Wall Street Journal.

Whatever happens–between Human Rights Watch and the international media (like this critical article in Singapore’s The Straits Times), Han Chang-Woo has to know the world is watching him.

“It’s not too late for him to fix these things,” says the analyst. “Both at home and in Cambodia.”

Sathapana claims it has not heard from Human Rights Watch and the bank sent Shockya a statement:

“About the COVID19- pandemic, we always follow and comply with the instruction and guidelines from National Bank of Cambodia (regulator in Cambodia). In addition, we have never received any request from Human Rights Watch to sign on any Human Policy regarding affected borrowers and the COVID19- pandemic.”

Here is the report from Human Rights Watch, which makes it clear that Sathapana ignored its requests for humane actions: