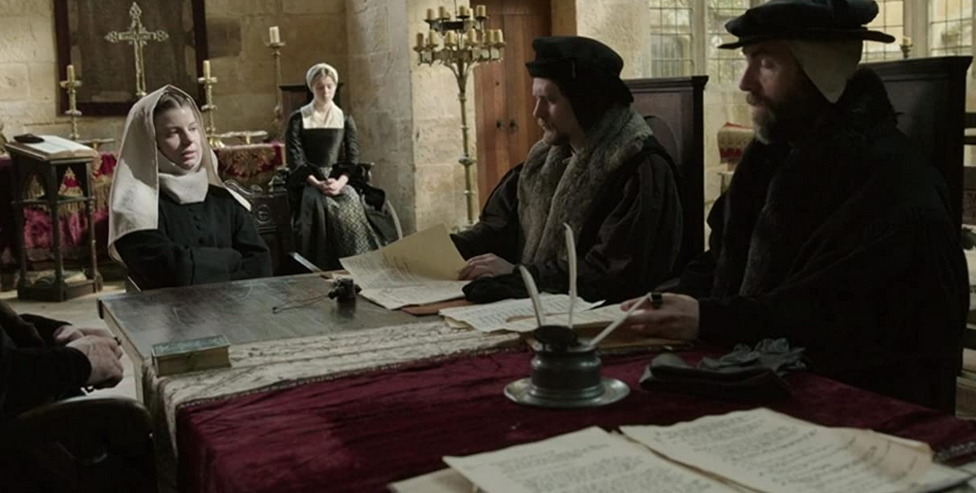 A scene from the ‘The Devil’s Spit’ episode of the limited British historical mini-series, ‘Wolf Hall.’

While securing a prominent place in government is often considered to be a successful win, the rise to power can also come at a great personal cost, including severing ties with former allies. That was certainly the case for English lawyer and chief minister to King Henry, Thomas Cromwell, in the early 1500s.

Cromwell’s rise in, and subsequent fall from, grace is chronicled in the six-part British television mini-series, ‘Wolf Hall.’ Oscar-winning actor Mark Rylance portrayed Cromwell, who was one of the strongest proponents of the English Reformation, in the television adaptation of two of Hilary Mantel’s novels, ‘Wolf Hall’ and ‘Bring Up the Bodies.’

The critically acclaimed historical drama, which was first broadcast on BBC Two in January 2015, later aired in April 2015 in the United States on PBS. The Emmy Award-nominated show is now being broadcast on the Drama channel on Filmon TV. The next episode of ‘Bramwell’ is set to stream on Filmon this afternoon at 4:20-5:40pm local time. It can be watched live, or recorded and watched at a later time.

The fourth episode, which is titled ‘The Devil’s Spit,’ was written by Peter Straughan, and directed by Peter Kosminsky. The episode follows Cromwell as he decrees that everyone in public life must take an oath to recognize Henry’s (Damian Lewis) supremacy as head of the English Church, but Thomas More (Anton Lesser) refuses and is imprisoned.