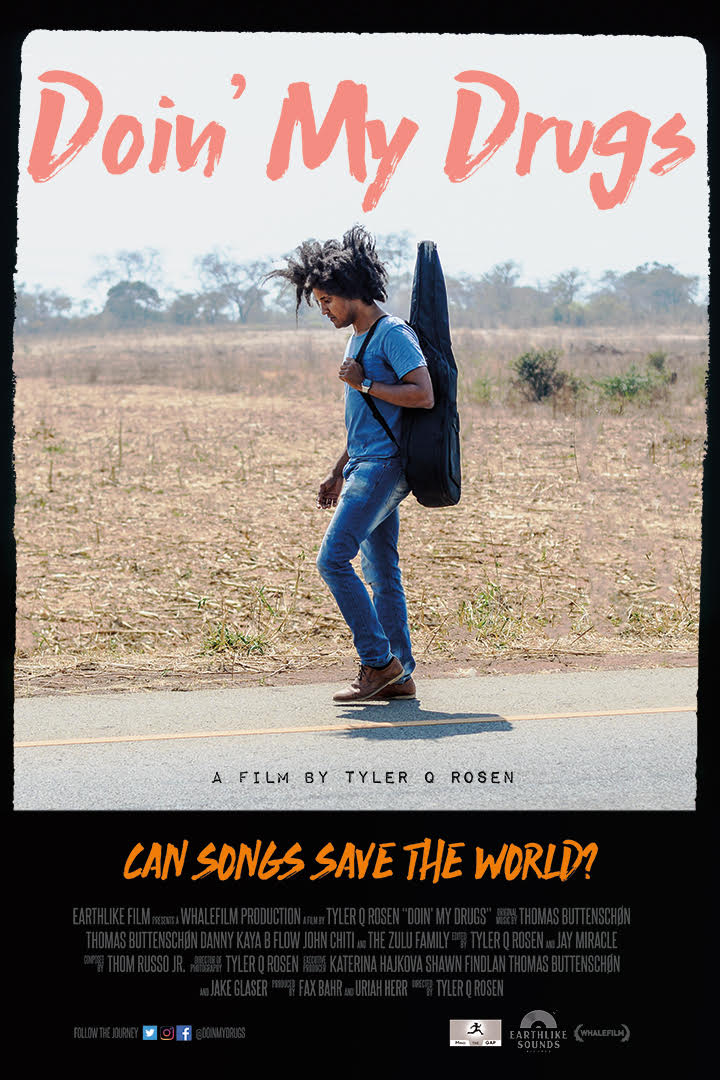 Breaking the stigma of what it means to be living with the HIV/AIDS virus is one of the most important things in life for musician Thomas Muchimba Buttenschøn. The Danish pop star wants people who are living with the disease in his native Zambia to be able to properly take their medication so they don’t become ill, or pass it on to other people. His revolutionary approach to fighting the epidemic is chronicled in the upcoming music documentary, ‘Doin’ My Drugs.’

Freestyle Digital Media is set to distribute the film Digitally on World AIDS Day, Tuesday, December 1. The movie’s release will be accompanied by its soundtrack, which is set to be unveiled on November 30. In honor of the documentary’s distribution, ShockYa is exclusively premiering the trailer for the feature.

Buttenschøn is using his music to wipe out the AIDS epidemic in his native Zambia and beyond. While the United States and other developed countries have all but diminished the HIV/AIDS virus, the disease has persisted in Zambia due to the tendency of civil society to look down upon those affected by the virus, and the resulting reluctance of people to get tested for it. Whether it’s through his Test-For-Tickets concert series he does to encourage residents to get tested, or his work with the Muchimba Music Foundation he created, Buttenschøn’s mission is to use his own story as a long-term HIV survivor and platform as a musician to help the AIDS crisis.

‘Doin’ My Drugs’ offers a profound and personal look at Buttenschøn’s extraordinary life as he uses music in an effort to wipe out AIDS in his native Zambia and beyond. Born in Zambia in 1985 to a Zambian mother and Danish father, Buttenschøn was diagnosed HIV positive as an infant. After emigrating to Denmark with his family for treatment, Thomas lost both of his parents to AIDs at the age of nine, and became deathly ill himself at 13. Upon regaining his health after beginning antiretroviral (ARV) treatment, he threw himself into music, and at 20, became a Danish pop star.

After marrying and fathering two sons, Buttenschøn reconnected with his family in Zambia, and was shocked to discover that the country remains trapped in a senseless HIV/AIDS epidemic. While he is able to live a full and healthy life with the virus, a staggering 13% of Zambians who are infected with HIV remain untreated because of the social stigma attached to the virus, and the resulting reluctance to get tested, despite the availability of free treatment from their government. Determined to make a difference, he has dedicated his life to using his music and his own story to raise awareness about HIV and treatment in Zambia. Teaming with an extraordinary group of Zambian musicians, Buttenschøn embarked on a crusade to wipe HIV and AIDS in Zambia, and throughout Africa.

For more information on ‘Doin’ My Drugs,’ visit its official website.