Dr. Niraj Mehta Goes on a Mission to Increase Cancer Treatment in The Power of Movement Exclusive Trailer Premiere

Cancer patients are powerfully learning how to connect, learn and grow with the help of an oncologist, who also happens to be a Bollywood choreographer. The doctor’s unorthodox method of healing cancer through movement is powerfully showcased in the new documentary, ‘The Power of Movement.’

Freestyle Digital Media is set to release the film on DVD and global digital HD internet, cable, and satellite platforms on Tuesday, November 17. In honor of the film’s distribution, ShockYa is exclusively premiering the feature’s trailer. The trailer follows radiation oncologist, Dr. Niraj Mehta on his mission to increase cancer awareness and treatment.

‘The Power of Movement,’ which was written and directed by Aaron M. Abelto, brings viewers along on Dr. Mehta’s journey as he embarks on healing cancer through movement. Dr. Mehta started the movement program, Making Moves Universal, a couple years ago to help promote his message to the world. His program has helped in the healing process with his past and present cancer patients as they deal with the disease, including the mental and physical aftermath of treatment. The movie mixes the Bollywood musical and teachings of East Indian culture with western fusion in order to bring cancer awareness.

“I loved making ‘The Power of Movement’ because it has a deep meaning that connected with me on a personal level,” said Abelto. “The twin diseases of cancer and mental illness affect everyone in their own way, and I had a great opportunity to bring awareness to both while making it fun at the same time. Filming ‘The Power of Movement’ was a whole different experience, but having my production team, including irector of photography David Escorcia, involved with the project made it smooth in every aspect.”

For more information on ‘The Power of Movement,’ visit its Instagram page. 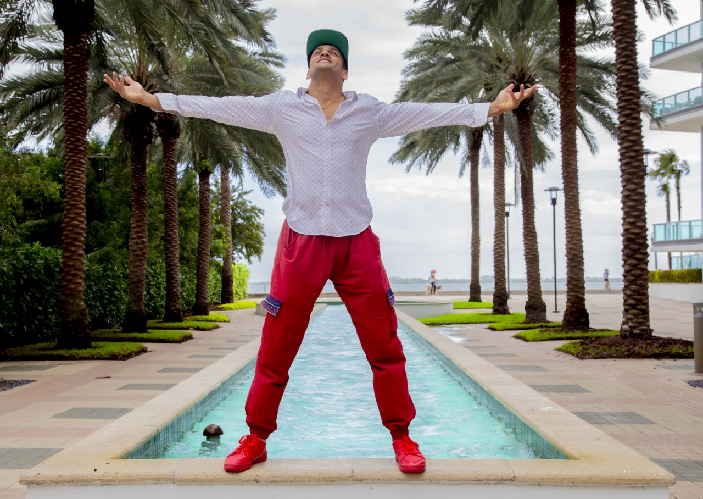 ShockYa is exclusively premiering the trailer for director Aaron M. Abelto's documentary, 'The Power of Movement.'