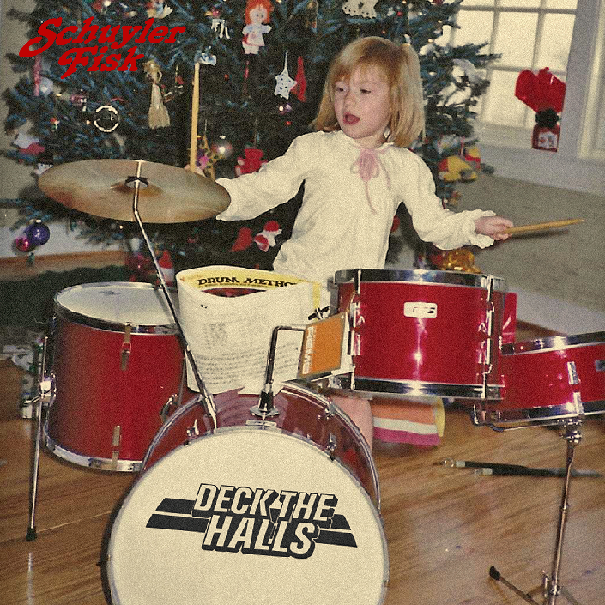 ShockYa is exclusively premiering the single art for singer-songwriter Schuyler Fisk’s interpretation of the classic Christmas carol, ‘Deck the Halls.’

Musician Schuyler Fisk is ready to make this holiday season merry and bright with the upcoming distribution of her original interpretation of the classic Christmas carol, ‘Deck the Halls.’ With the song set to be released this Friday, November 20 on such platforms as iTunes, Amazon, Spotify and Google Play, ShockYa is exclusively premiering the single art for the track. The tune’s distribution comes after the unveiling of the singer-songwriter’s album, ‘Sounds of the Holiday.’

Fisk’s rendition of ‘Deck the Halls’ also comes after her debut album, ‘The Good Stuff,’ debuted on Billboard’s Heatseekers Chart and at #1 on the iTunes Singer-Songwriter Chart. She has since released her sophomore record, ‘Blue Ribbon Winner,’ and an LP under her side-project band’s moniker, FM RADIO, called ‘Out of the Blue.’

The musician’s active grassroots following has garnered her hundreds of thousands of monthly Spotify subscribers and over seven million plays on a single song. She has toured North America, Europe and Japan with such artists as Sheryl Crow, Tori Amos, Rachael Yamagata, Joshua Radin and The Weepies.

Fisk, who’s also an actress, has been very active in writing and recording for film and TV projects throughout her career. Her music has been featured on soundtracks for such movies as ‘The Last Kiss,’ ‘Safe Haven,’ ‘Dear John,’ ‘Hart of Dixie’ and ‘Ugly Betty.’ As an actress, she has appeared in several films and television shows, including ‘The Babysitters Club,’ ‘Orange County,’ ‘I’m Reed Fish,’ ‘Law & Order: SVU,’ ‘Gus Van Sant’s Restless,’ ‘The Best of Me’ and ‘Every Other Holiday.’ The singer-songwriter is currently working on her next solo record, which is set to be released next year.

For more information on Fisk, visit her official website.